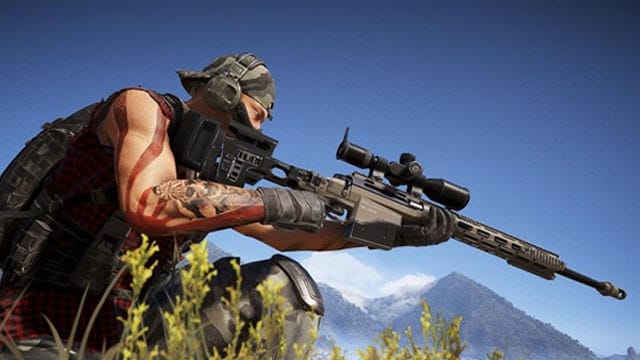 YouTube is making it harder for certain content creators to make any money off videos posted to the site, including videos deemed violent, or ones that revolve around video games featuring guns.

The video hub released a new set of “advertiser-friendly content guidelines” earlier this year, and in recent weeks, advertisements have been coming down for certain content creators, according to Forbes.

“We aren’t telling you what to create—each and every creator on YouTube is unique and contributes to the vibrancy of YouTube,” the guidelines say. “However, advertisers also have a choice about where to show their ads. As with everything related to YouTube, use your common sense, don’t abuse the site, and be respectful of others.”

Included in the list of content that isn’t eligible for advertising is controversial issues and sensitive events, drugs and dangerous products or substances, harmful or dangerous acts, hateful content, inappropriate language, inappropriate use of family entertainment characters, incendiary and demeaning content, sexually suggestive content, and violent content. Under the violence section, YouTube says violence in video games is okay, as long as it’s not gratuitous.

“Video content where the focal point is on blood, violence, or injury, when presented without additional context, is not eligible for advertising,” the policy says. “Violence in the normal course of video gameplay is generally acceptable for advertising, but montages where gratuitous violence is the focal point is not. If you’re showing violent content in a news, educational, artistic, or documentary context, that additional context is important.”

But those watching the policy say it’s being inconsistently enforced. Many YouTubers who have spent years making money by posting video game content to the site are now watching as fewer and fewer videos are eligible for advertising. And a lot of the gamer videos losing revenue are first person shooters like Call of Duty or CounterStrike.

“We continually work hard to make our algorithms as accurate as possible and to understand nuances, including for categories like music, gaming, and news,” says YouTube’s new policy guidelines. “Our intention is to treat each video based on context, including content that is clearly comedic, educational, or satirical in nature.”

But some YouTubers say the algorithms are targeting gun-based content and demonetizing them. One user, whose handle is TotalBiscuit, asked his followers to try uploading the same video with different thumbnails or titles in an effort to trick the algorithm. Openly gun-based content quickly lost the opportunity for ad revenue, while the videos that hid the guns through different thumbnails and titles had more inconsistent results.

One YouTuber with 160,000 subscribers said he’s watched more than 100 of his videos lose advertising recently, and he’s earning about a quarter of what he used to make. That his him thinking about jumping ship to Twitch or Patreon, so that he might maintain his cash flow.

“The platform should be focusing on monetizing quality better, but the exact opposite is the case. It’s now focused on monetizing generic, bland, white-washed garbage,” said another YouTuber. “The platform is actively steering you away from talking about or showing anything remotely interesting if that interesting subject could potentially be controversial.”