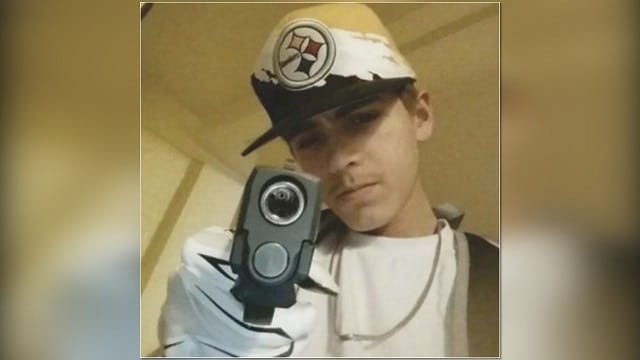 Authorities have arrested a Colorado teen for stealing firearms after he posted pictures of himself with stolen guns on Facebook.

According to to federal court documents, 18-year-old Viet Trinh was arrested Aug. 18 and has been charged with two counts of possessing stolen firearms, two counts of conspiracy to steal firearms and two counts of theft of firearms.

Trinh admitted to agents with the Bureau of Alcohol, Tobacco, Firearms and Explosives that he had stolen a car and acted as the getaway driver during a gun heist at Shooter Ready gun store in Denver in November 2016. The thieves got away with around 30 firearms, Trinh said.

An informant told authorities that Trinh and other members of the crime ring referred to firearms as “poles” and that Trinh had said they were “poled up” when he returned home from the robbery.

In a Facebook message from that same day, Trinh also said he was in “Denver hella poled up” and sent a message the next day, asking someone if they “know anyone that wants to [buy] a baby .40? $300.” Along with the inquiry, Trinh sent a picture of himself pointing a handgun at the camera.

Using the name “Kyle Zimmerman” on Facebook, Trinh used another picture of himself pointing a gun at the camera as his profile photo. He also talked about shooting police officers in conversations with other individuals on messenger.

Trinh admitted to helping steal four more rifles from Parker Arms gun store in Wheat Ridge but has so far refused to divulge any information about his partners in crime.