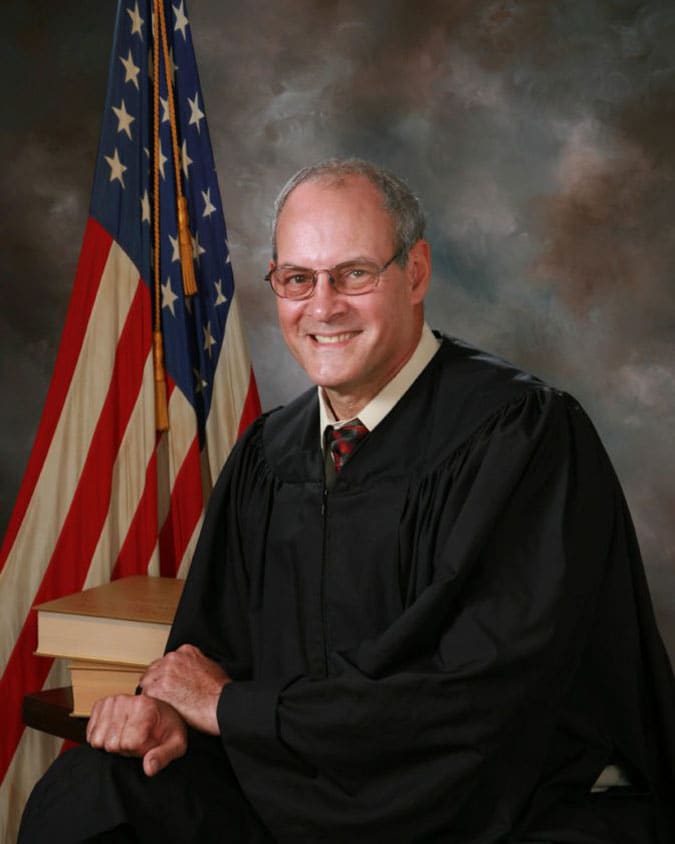 Jefferson County Common Pleas Judge Joseph Bruzzese was shot Monday, Aug. 21, as he walked from his car to the courthouse. (Photo: AP)

Armed judges are more common than some may think and now find themselves under the spotlight after a courthouse shooting in Ohio last week.

The Associated Press reported a survey conducted by the National Judicial College in 2014 found that several judges said they carried guns while on the job.

“We carry guns,” one judge simply stated in response to the survey, which did not identify respondents.

“I now carry an easily accessible handgun with me at all times,” another judge said. “I have received firearms training and continue to practice and receive ongoing gun safety and training.”

The survey also found that two of every 100 judges said they’d been physically attacked at some time.

The issue has become all the more relevant after Jefferson County Judge Joseph Bruzzese was shot last Monday outside a courthouse in Steubenville, Ohio. The judge was hit multiple times but managed to fire back with a handgun he was carrying concealed. The suspect was then shot dead by an armed probation officer, and Bruzzese is currently recovering in a local hospital.

An investigation is still ongoing as to the motive behind Bruzzese’s shooting. He was presiding over a case in which a wrongful death suit had been filed against a local housing authority by the suspect.

In 2014, judges in Ohio’s 4th district appeals court issued an order that allowed them to carry guns while on duty. Tennessee allows judges to carry guns into their own courthouses, as does Wyoming. However, some states, such as Rhode Island, ban guns from courthouses altogether.

John Muffler, retired from the U.S. Marshals Service and now a threat assessment systems director at a private security agency, said that he often fields questions about whether or not judges should be armed.

“There are plenty who are carrying them now because of their position, and they’re aware that there are risks associated with the decisions they make and the positions they have,” said Muffler.

Muffler also added that he thought judges should not carry guns in courtrooms where there are already armed security guards, in order to prevent a cross-fire situation.

Family Court Judge Chuck Weller, who was shot at and wounded by a man over a divorce the judge handled in 2006, said judges should be able to decide whether or not they want to carry guns while on duty. If they do, he said, the judges should be properly trained.

“I don’t see any reason to deny judges the right to carry firearms, but I’m not advocating one way or another about whether they should,” Weller said.