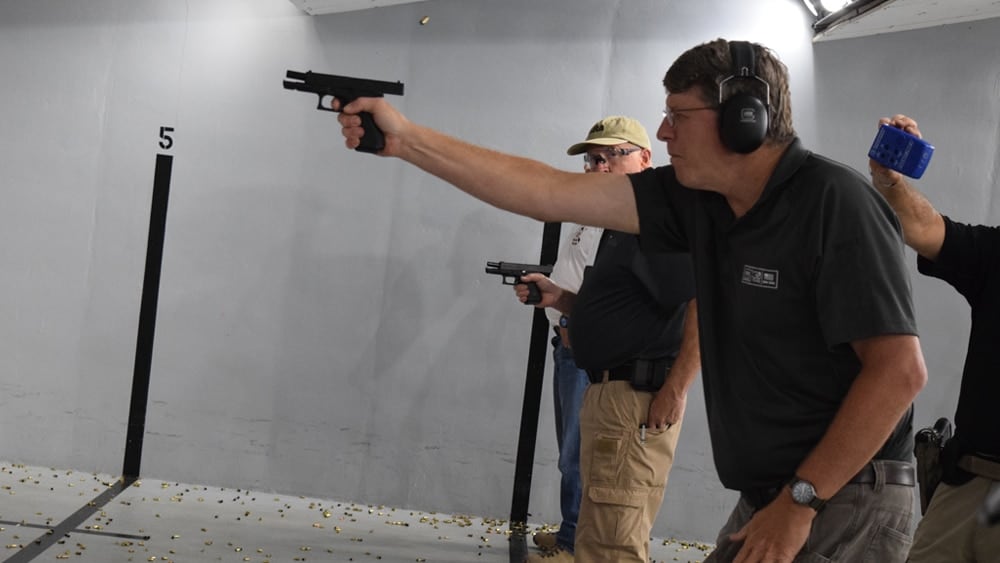 The vice president of Glock, Inc. called the government’s decision to select a competitor’s design for the Army’s new official sidearm — the now infamous Sig P320 design — a “disservice” to U.S. servicemen.

“If you’re asking me my opinion, I’ll go out on a limb and say I think it was a bad decision,” said Josh Dorsey, Glock vice president. “I think in my humble opinion it was a disservice to the guys on the ground. It’s not about getting the best weapon, it was all done for economic reasons. They (the Army) have the right to make that decision.”

Dorsey made the statement during a press junket on Aug. 1, the same week safety issues involving the P320 surfaced. The meeting was to discuss Glock’s new Gen 5 models, designs largely influenced by the company’s military prototype and similar products.

Dorsey’s comments concluded a description of Glock’s participation in the Army’s Military Handgun System competition, which spanned several years and forced participants to navigate complex bureaucratic regulations in return for a lucrative contract and bragging rights. His company protested Sig’s award by filing a complaint to the Government Accountability Office, but the office dismissed the challenge three months later.

Dorsey described the selection process, saying it begins with the government screening submissions for desired features. Then, for the handguns that did, they advanced to “more expensive, more elaborate testing” by the government, Dorsey said.

“We came to the end of phase one, what I call phase one, which is, how you say, the touchy-feely stuff to 1,500 rounds through the weapons [to test] reliability until there’s two of us left standing,” he said, adding those remaining included the Sig P320 and Glock MHS model.

Dorsey said once the government completed the examination of both handgun designs, the decision came down to price. “It was a hundred-million-dollar difference between us and them. We lowered our price pretty well, so you get to take whether the price they put forward to get a hundred-million-dollar difference was sustainable or reasonable. That I don’t know,” he said. “I don’t know what they offered, but I know what we offered.”

“We weren’t allowed to go to the next phase of testing, which would have allowed us, I believe in my heart, to differentiate ourselves from them,” he said. “So, there you have it. The economic world.”