Man gets 18 months for gun smuggling to U.S. ally 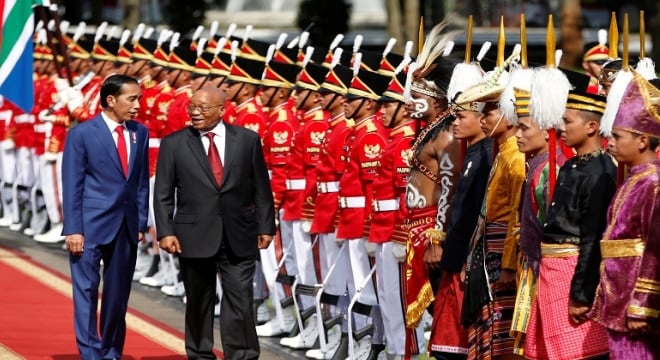 A U.S. Army sergeant who pleaded guilty to smuggling “status symbol” handguns for members of the Indonesian Presidential Guard was sentenced Friday.

Audi Sumilat, 37, of El Paso, was sentenced to 18 months in federal prison last week on a charge of making false statements during the purchase of export-controlled firearms in connection with helping to smuggle 23 handguns out of the country.

According to court documents, Sumilat, a naturalized U.S. citizen of Indonesian birth, first popped up on the ATF’s radar in October 2015 when his uncle, Feky R. Sumual, bought seven Glocks from a licensed gun dealer in New Hampshire, triggering a Multiple Sales Summary report. Querying the ATF e-Trace database, investigators found that Sumilat also had multiple sales reports temporarily listed in the system, amounting to five handguns over a two-month period from dealers in the El Paso area, which he shipped to New Hampshire for Sumual.

After piecing together other buys and transfers, investigators showed that Sumual bought or received 23 9mm pistols, a mix of Sig Sauers, Heckler & Koch and Glocks. The intended customer for the guns, from which Sumal received $26,000, were individual members of the Indonesian Presidential Security detail that Sumilat met in Ranger School at Fort Benning in 2014. The 2,500-man Presidential Guard, or Paspampres, is drawn from across the Indonesian military and is considered an elite unit, tasked with protecting the country’s executive branch.

While the U.S. provides extensive military aid to the Indonesian government, including $1.56 billion in weaponry approved in 2013 alone, the pistols sought by the ring are unavailable in the country giving those who hold them a hard-to-obtain status symbol. Sumual later told investigators Danang Wibowbo, one of the highest commanders in the Indonesian Secret Service, was among the end-users. The guns were delivered to Indonesians in New York and allegedly transported back to the Pacific Rim country under diplomatic cover.

The information that the guns were going to Indonesia was supplied by Sumal’s wife who, after finding he was having an extra-marital affair, informed police of his actions, supplying photographic evidence of his conversations with Indonesian officials.

Noting that Sumal — who had already pleaded guilty and received an 18-month sentence– transferred the bulk of the weapons, attorneys for Sumilat pointed out that the recon scout’s 14 years of active duty in the Army left him with PTSD after three deployments to Iraq and one to Afghanistan, seeking leniency when applying the sentence, which could have brought him five years in prison. In his plea agreement, Sumilat, stationed at Fort Bliss, said he only made $200-300 per gun on the deal and bought a total of seven guns in Texas for the ring.

A release from the U.S. Attorney’s Office in New Hampshire explained the 23 illegally purchased and exported handguns had all been recovered, after negotiations between the State Department and the Indonesian government, and destroyed.

“The fact that the guns were bought for, and transferred to, members of another country’s security force presented some unique challenges in the investigation that led to this prosecution,” said Acting U.S. Attorney John J. Farley in a statement. “The diligent work of our law enforcement partners allowed them to detect this scheme and develop the evidence needed to shut it down, in spite of those challenges.”