Robber arrested after going to hospital with gunshot wound 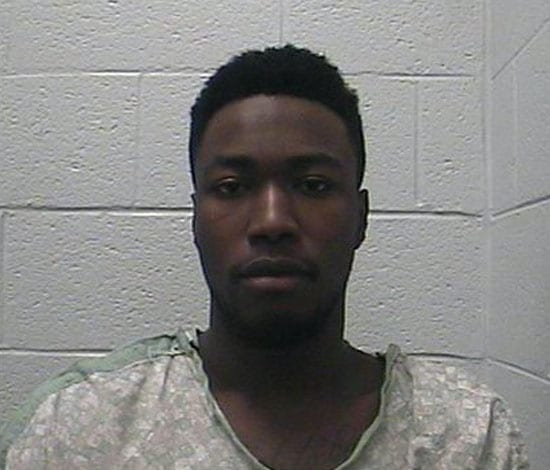 An attempted home invasion robbery in Johnson City, Tennessee, last week ended with an exchange of gunfire between the suspect and the homeowner, and the suspect eventually behind bars after showing up at a local hospital seeking treatment for a gunshot wound.

Christopher Lamar Moore, Jr., 19, of Greeneville, Tennessee, was arrested and charged with especially aggravated robbery the day after allegedly committing the crime.

An investigation revealed that Moore broke into 22-year-old Kenneth Minasian’s home, which is located about 100 miles east of Knoxville, and attempted to rob him at gunpoint, according to a press release from the Johnson City Police Department. However, there was an exchange of gunfire between the two men, and both were wounded.

Authorities received an emergency call about the shooting just after midnight on Aug. 21. When officers arrived on the scene, they found Minasian lying on the kitchen floor of his home. Minasian was suffering from a gunshot wound to his torso and was transported to Johnson City Medical Center by EMS.

Moore fled from the home before responding officers arrived, but evidence collected at the scene indicated he was wounded before fleeing.

Minasian was initially listed in serious condition, the Johnson City Press reported, but his current condition is unknown.

About an hour after police were called, Moore showed up at a different hospital with a gunshot wound to his forearm. He was treated and, upon his release, was taken to jail.

Moore is being held at the Washington County Detention center on a $50,000 bond.

Authorities did not say whether Moore left the home empty-handed or if the robbery was believed to be random or targeted.