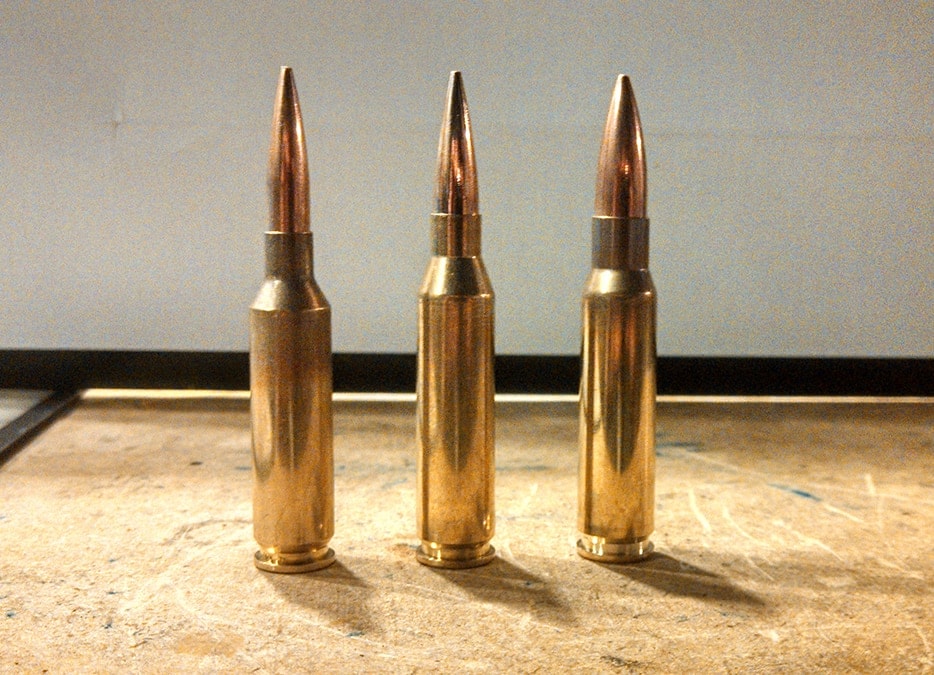 Lurking quietly in the shadows, the 6mm Creedmoor is finally poised to usurp its sister round, the 6.5 Creedmoor, as the next big cartridge to take the gun industry by storm. How did this long range round make its way from obscurity to mainstream and is it set to tackle the surging popularity of its sibling round?

The 6mm Creedmoor began with humble origins. Originally developed by Outdoor Life author John Snow, its creation was merely to showcase how to develop a wildcat round. Snow specifically was looking to build a cartridge that could handle shots out to 1,000 yards with moderate recoil for a feature article for the outdoor publication.

“My ambitions for this wildcat extended no further than getting a good feature out of it and using it to hunt coyotes and deer,” Snow wrote in Outdoor Life.

In need of a little help, he turned to his friends at Hornady for guidance on bringing a new wildcat cartridge to life. The ammo maker jumped on board, necking down the 6.5 Creedmoor for 6mm bullets — a seemingly straightforward approach that matched Snow’s criteria.

Snow now had his very own wildcat cartridge but he needed a rifle to shoot it. For that he turned to George Gardner at GA Precision. Gardner took a Sako 85 action and McMillan stock Snow sent and created a custom rifle chambered in 6mm Creedmoor. The round performed as expected out of Gardner’s rifle, pinging targets at 1,000 yards and beyond. Snow crafted his article, which ran in the August 2010 issue of Outdoor Life and tucked the 6mm Creedmoor to bed. But it didn’t stay put for long.

A couple of years later and the long range, precision shooting industry was booming. Precision Rifle Series competitors, shooters who race against the clock to strike steel targets for points, were looking for another round that would catapult them to success in competitions. One of those competitors was Gardner of GA Precision who began bringing the 6mm Creedmoor to PRS challenges.

The round was a hit.

“More and more shooters are engaging targets at longer ranges. Precision rifle matches are growing rapidly. Precision rife sales for matches or hunting are strong. With all of that comes interest in efficient, high performance cartridges,” Neal Emery of Hornady told Guns.com in an email.

Emery says the success of the round in long range competition comes from its construction. The case design allows room for long, heavy bullets while still functioning in short action rifles and with a 1-in-7.5-inch twist the cartridge provides stability for long range match bullets. Further and most importantly, the round doesn’t beat up its shooter with recoil.

“While larger, 6.5mm bullets achieve higher BC’s (mid .600’s compared to mid .500’s in the 6mm) the 6mm Creedmoor has lower recoil. The combination of respectfully high BC and low recoil allows for the shooter to see their hits at distance. Seeing hits is what gives it the edge in precision matches and will also be quite useful in the field,” Emery said. 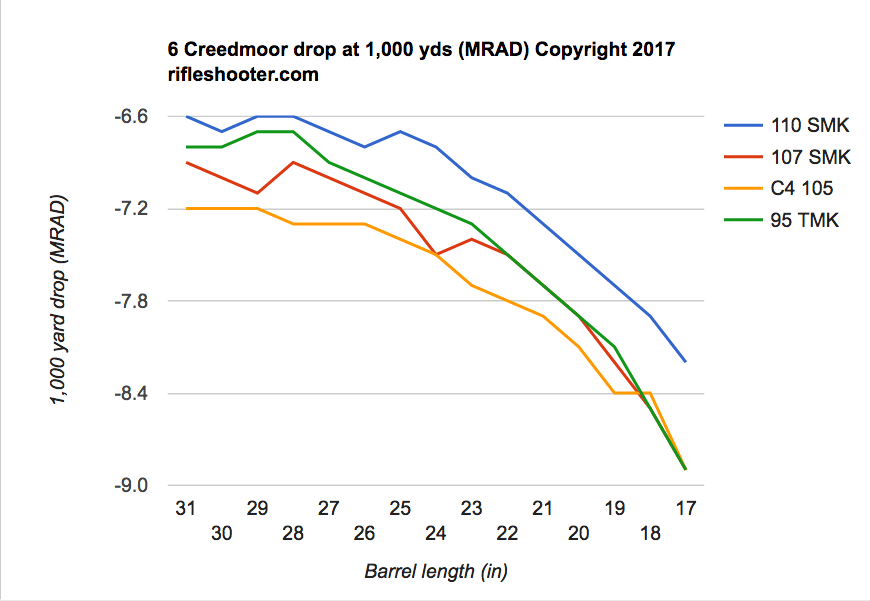 As the round gained momentum at matches and subtly began to infiltrate the hunting arena, the rest of the gun industry took notice. Savage Arms, Browning, Ruger and Gunwerks all began churning out 6mm Creedmoor chambered options for consumers.

“We believe the new 6mm Creedmoor cartridge is poised to become the leading hot topic among competition and long-range shooters. The overall cartridge delivers extreme long-range precision for competition and hunting medium to big game,” JJ Reich of Savage Arms told Guns.com. “That’s why we are excited about it and added the cartridge to three of our most advanced rifle platforms—the 10 GRS, 10 FCP-SR and the all-new 10 Stealth Evolution.”

Though the team at Gunwerks say the cartridge’s ballistics make it “an excellent round,” they point to price and availability of ammo as the driving force behind the 6mm Creedmoor’s more recent success.

“Part of the appeal of a 6mm cartridge is the affordability in shooting it. Ammo and components typically cost a bit less than some of the bigger magnums,” Landon Michaels of Gunwerks said in an email to Guns.com. “The key to our anticipated success of the 6mm Creedmoor is partially due to the already proven success of the 6.5 Creedmoor. It’s an excellent round and has become as broadly available as just about anything, by default, making reloading brass very available (with just a neck size down needed). Not to mention, Hornady has also made significant investment in making factory offerings in 6mm Creedmoor available.”

Graham Rockwell at Ruger mirrored Michaels’ statement, pointing to the uptick in ammo offerings as the reason why interest has surged on the 6mm platform.

“With a steady supply of ammo coming on line last year we knew it was the right time to offer a 6mm option in the Ruger Precision Rifle platform as well as the Ruger American Rifle Predator,” Rockwell explained to Guns.com.

With rumblings that more ammo companies will soon wade into 6mm Creedmoor waters, the round’s availability will no doubt propel it further into the mainstream.

The 6mm Creedmoor is poised to ascend to meteoric heights as more industry partners bring their 6mm chambered options to life. Will this wildcat cartridge one day completely overshadow its sister 6.5 Creedmoor round? Only time will tell.