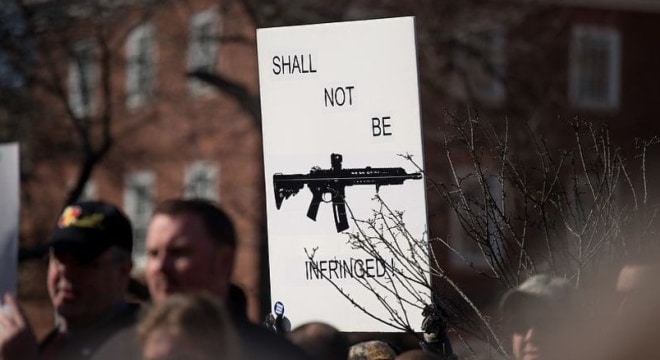 Attorneys general from over 20 states joined a long-simmering challenge against Maryland’s 2013 Firearms Safety Act, now at the nation’s highest court.

Led by West Virginia Attorney General Patrick Morrisey, the states filed an amicus brief Friday with the U.S. Supreme Court on behalf of Stephen Kolbe and a series of gun stores and shooting clubs asking the court to protect popular semi-automatic rifles and magazines from prohibition.

“Banning certain types of firearms steps on the Second Amendment,” Morrisey said in a statement. “Law abiding gun owners routinely use these firearms for self-defense or sporting. Such an unconstitutional act cannot stand.”

At stake is the 2013 law signed by staunch anti-gun Democrat Gov. Martin O’Malley that banned guns deemed “assault weapons” due to cosmetic characteristics and limited magazine capacity to 10 rounds.

Blake’s ruling was rejected on appeal by a three-judge panel of the U.S. 4th Circuit in 2016 who disagreed with the jurist’s logic. This led to a retrial by a rare en banc panel of the entire court which stood behind the ban in a 10-4 ruling earlier this year.

Now appealed to the Supreme Court, the backers of the lawsuit argue the firearms subject to the Maryland ban are protected under existing case law related to arms lawfully carried in common use. In fact, the states argue they have preempted cities and towns from instituting bans like Maryland’s, thus giving them a very real interest in the case.

The filing from the state attorneys general comes in conjunction with similar supporting briefs filed with the court by the Second Amendment Foundation, National Rifle Association and a host of law enforcement groups.

“Our interest in this case is guided by the belief that government cannot prohibit whole classes of firearms, including semiautomatic sport-utility rifles, that are in common use by private citizens and civilian law enforcement,” said Alan Gottlieb, SAF’s founder and executive vice president in a statement. “But in Maryland, they want to do exactly that. It’s almost as if they either don’t understand Heller, or are deliberately ignoring what was explained clearly by the late Justice Antonin Scalia.”