The "Damn Yankees" Howitzer will be in temporary storage until we can place it into our new historical galleries (opening Nov 2018).

Posted by National Museum of the Marine Corps on Monday, August 28, 2017

“Damn Yankees,” the historic howitzer that fired the first U.S. shot of the 1991 Gulf War, has been preserved for posterity.

The M198 155mm howitzer arrived at the National Museum of the Marine Corps in Quantico, Va., on Monday following years of research and restoration and will be featured prominently. 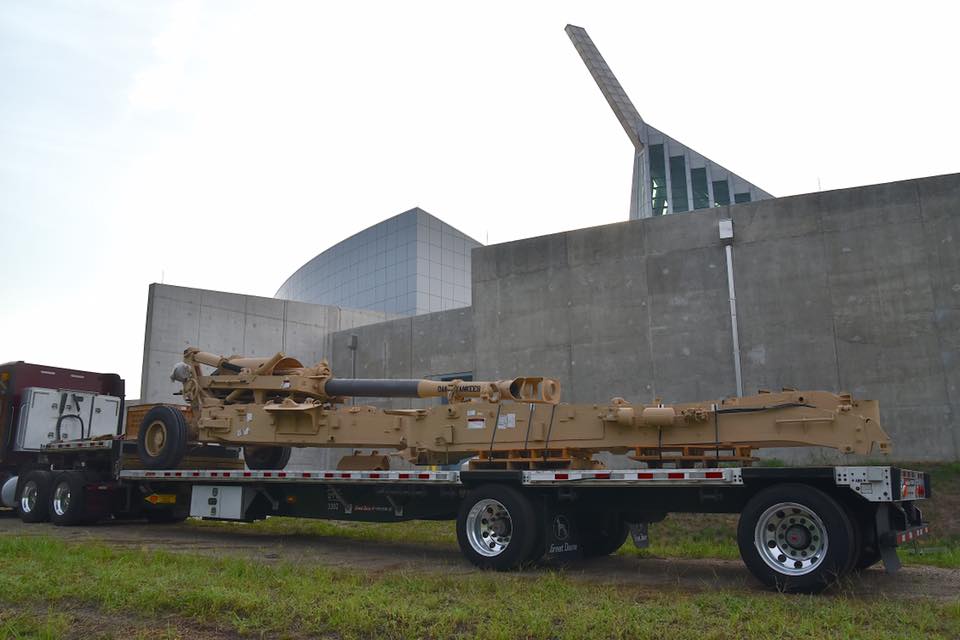 The howitzer arrived from Barstow, California at the Museum this week (Photos: National Marine Corps Museum)

On Jan. 21, 1991, Damn Yankees was part of Battery F, 2nd Battalion, 12th Marines during the Battle of Khafji on the border between Saudi Arabia and Kuwait and fired the first U.S. shell of the conflict, going on to support coalition efforts until the cease-fire at the end of Febuary.

The towed artillery piece, built at the Rock Island Arsenal in Illinois in 1984, was retired in 2009, replaced by the newer M-777 howitzer. However, it was tracked down in storage in Waco, Texas and sent to Marine Corps Logistics Base Barstow, California, in 2014 where it was converted back to its Gulf War configuration.

Damn Yankees will be the anchor for the Desert Shield exhibit that opens in November 2018, “that tells the story of the lead-up to the ground war,” according to the Museum. 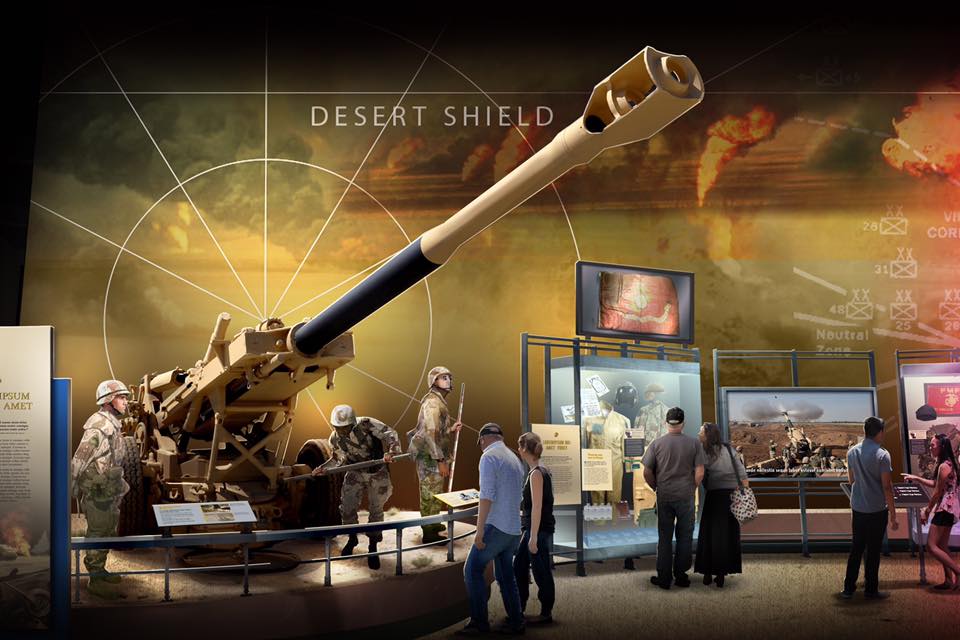 An artist impression of the final Desert Shield exhibit