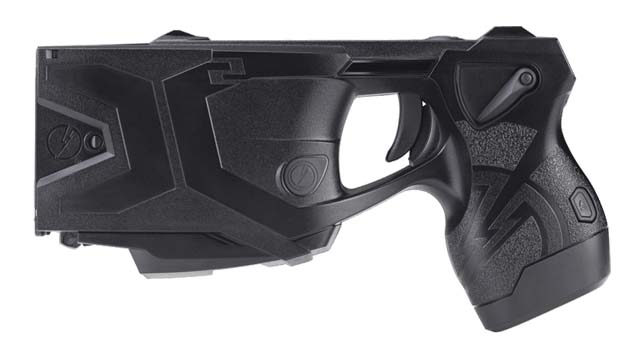 Officials in the Garden State last week published draft regulations to allow ownership and use of stun guns in the aftermath of a successful lawsuit from gun rights advocates.

The pending regulations, published in the New Jersey Register, were submitted by State Police Superintendent Joseph Fuentes with the approval of Attorney General Christopher Porrino and would allow those 18-years of age or older to possess the devices.

Citing a successful lawsuit in federal court brought last year, the proposal notes that “the outright statutory prohibition on sale and possession of stun guns has been declared unconstitutional and can no longer be enforced.”

The rule change allows for stun guns defined as “any weapon or other device that emits an electrical charge or current intended to temporarily or permanently disable a person,” and would allow law enforcement to remove such devices from those under age 18 if encountered.

The legal challenge was brought last August by Mark Cheeseman, joined with the New Jersey Second Amendment Society, after he attempted to buy a Taser online and was refused by the company, citing New Jersey law that prohibited them from selling the device in the state. Under current law in the New Jersey, possession of stun devices by non-law enforcement personnel is punishable by up to 18 months in prison and a fine of up to $10,000.

Attorneys Stephen Stamboulieh and Alan Beck in the case pointed out the flaws in the state’s law when compared to the 2008 Heller decision as well as Caetano, a 2016 Supreme Court case directly concerning stun guns which held the electric devices were bearable arms protected by the Second Amendment.

Since the Caetano case, a flood of lawsuits has seen bans on the devices scrapped in Baltimore, New Orleans, Washington, D.C. and other cities. Meanwhile, litigation is pending in New York and Massachusetts.

Porrino, named in his official capacity as a defendant in the New Jersey lawsuit, agreed in April to stop fighting the case and in June came to an agreement with the plaintiffs, citing that the state intended to change the law within 180 days.