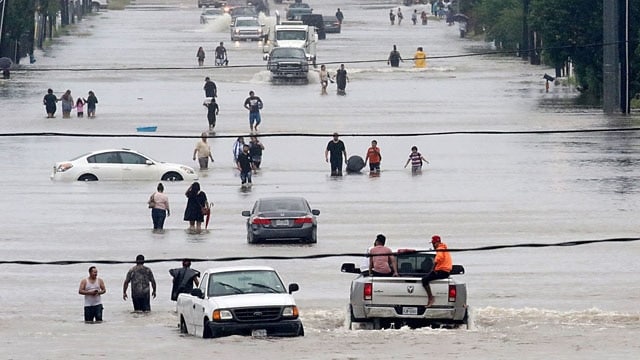 Harvey slammed into the Texas coastal town of Rockport late Friday as a category four — the strongest storm make landfall in the United States in more than a decade — with wind gusts topping 130 miles an hour and torrential downpours expected to dump up to 50 inches of rain from Corpus Christi to Houston through Wednesday.

“We want our member companies to know that their trade association stands with them in these difficult times, and that this assistance is another benefit of membership,” said Chris Dolnack, National Shooting Sports Foundation Senior Vice President and CMO, in a press release Monday. “This is in keeping with the monetary relief we provided our members in the Northeast after Hurricane Sandy wreaked her havoc in 2012, and to those in the Southeast following Hurricane Matthew in 2016.”

The National Weather Service downgraded Harvey to a tropical storm over the weekend, but forecasters warn the stalled system will continue to cause “unprecedented” flooding unlike anything the state has ever seen. Rescue efforts in Houston continue Tuesday. First responders have pulled more than 3,000 trapped residents from flood waters as the city is inundated by more than 30 inches of rain. At least 10 people have died, according to multiple media reports.

The NSSF created an online application for dealers needing financial assistance to resume business and encourages owners to contact the Bureau of Alcohol, Tobacco, Firearms and Explosives regarding removal of inventory and paperwork to a safer location.

ATF released disaster preparedness advisories last week ahead of Harvey’s landfall, reminding dealers to take precautions to protect their stores during the storm.