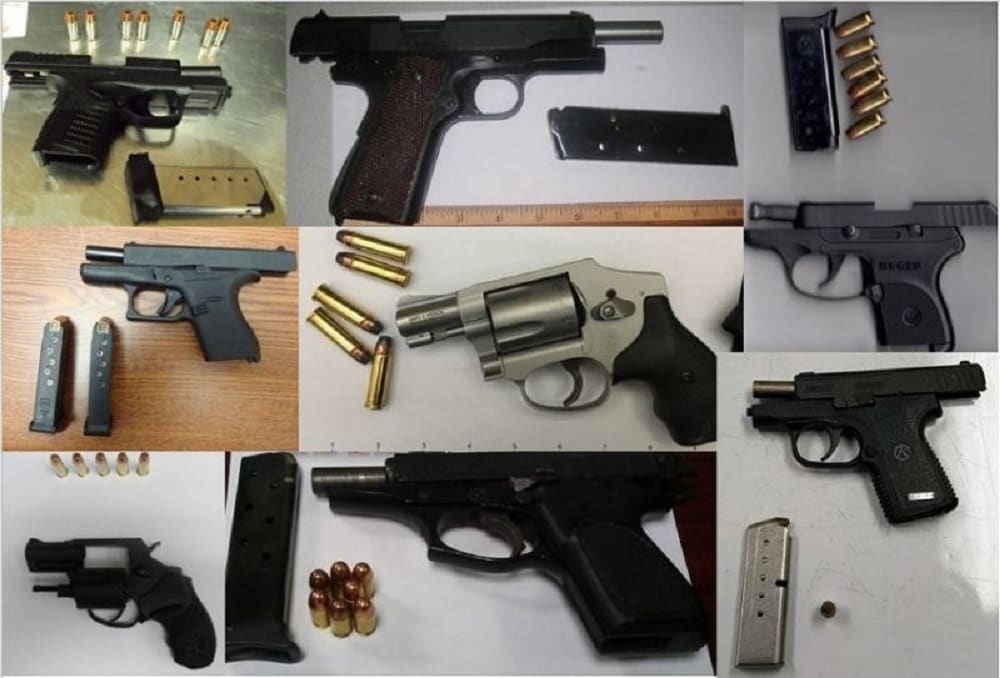 The Transportation Security Administration is on pace to seize a record number of guns from passengers at airport checkpoints this year.

The Washington Examiner reported the agency had already collected 1,861 guns in the first six months of 2017, according to TSA data.

If that pace continues, an estimated total of 3,722 guns will be seized from passengers and their carry-on bags in 2017, topping the record 3,391 firearms seized in 2016.

Most guns seized at airport checkpoints are loaded. Of the 76 guns collected by TSA officers during the week of Aug. 14-20, the agency reported that 66 of them were loaded.

The number of firearms seized by the TSA has been steadily rising since 2010 and a new record set every year. The numbers for 2017 could triple the 1,123 guns collected in 2010.

The TSA reminds travelers that firearms are allowed to be transported, so long as they are unloaded and locked in a hard-sided container as checked baggage. Passengers must declare firearms when checking the bag with the airline.