Kalashnikov set to get monument, film treatment in Russia (PHOTOS) 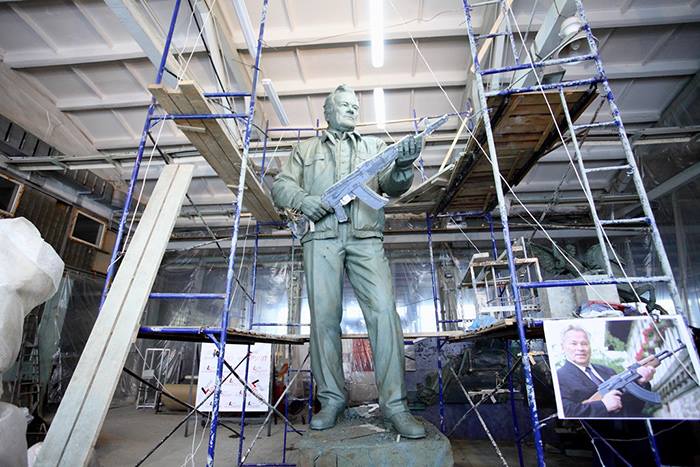 The monument to Gen. Kalashnikov, who died in 2013, will be near the Kremlin (Photos: Zurab Javakhadze/Izvestia)

The legendary designer of the AK47 and AK74 rifles, as well as the PK and RPK machine guns, is more popular in the Motherland than ever.

A nearly 25-foot high statue of Gen. Mikhail Kalashnikov is currently under construction by sculptor Salavat Shcherbakov, set for public dedication at the Victory Day celebrations in Moscow next May. As reported by Vesti News, the monument will be placed at Armory Square near the Kremlin at the intersection of Sadovo-Karetnaya and Krasnoproletarskaya streets. 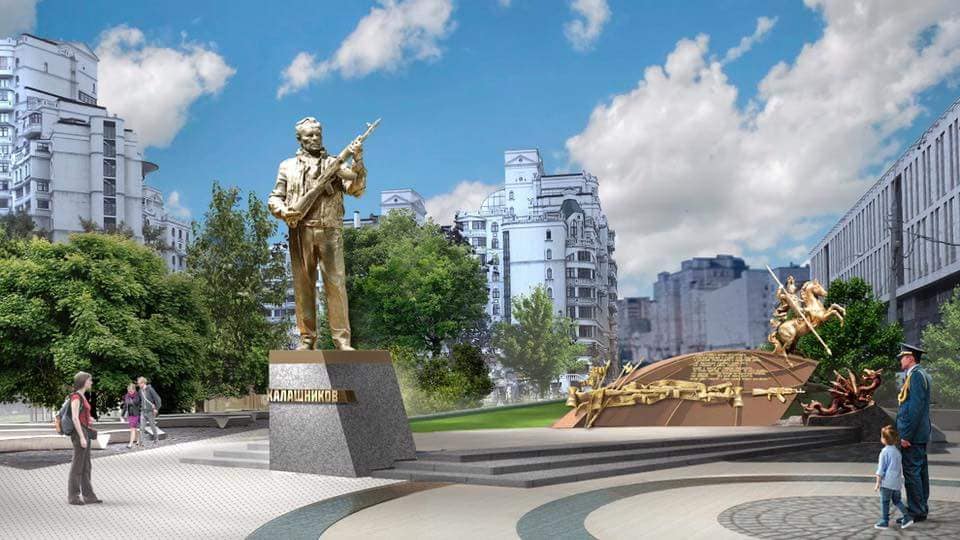 As part of the monument, a second art work, seen to the right, shows the AK’s use around the globe along with Saint Micheal.

“He keeps his product – machine gun – but not like shooting at someone, not as a fighter even, but as Stradivari, who created the perfect instrument – the violin,” said Shcherbakov.

As reported by Izvestia, the state-owned Kalashnikov Concern has exclusive rights in Russia to the AK-47 brand, trademarks, and industrial designs, and is supporting the project though funding is being provided through a 35 million ruble expendature by the Moscow City Duma. While a monument to Gen. Kalashnikov exists at Kalashnikov’s Izhmash manufacturing plant where the rifles are assembled, alongside other well-known Soviet-era gun designers such as Yevgeny Dragunov, the Moscow statue would see the most traffic.

The 7-foot high pedestal has been placed this month in the green space where the monument will be erected later this year, sparking some push back from some in the community who are against the project.

In addition to the monument, a biopic about Kalashnikov’s life is currently filming in the Altai region of Siberia where he grew up, set to show on television in 2019, the 100th anniversary of the gun designer’s birth.