Outdoorsmen to the rescue in Hurricane Harvey 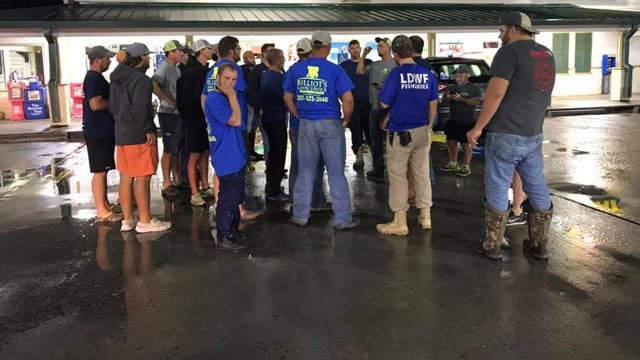 Louisiana’s “Cajun Navy” came to the aid of thousands of Houston residents this week stranded in the rising flood waters left behind by Hurricane Harvey — the strongest storm to hit the continental U.S. in more than a decade.

The unofficial volunteer group of sport fishermen and duck hunters maneuvered their flat-bottomed aluminum boats through debris — both natural and man-made — clogging up city streets, plucking handfuls of survivors from the water along the way and transferring them to larger boats or shelters.

“They can handle their boats better than the average fireman, who handles a boat once a year during annual training,” retired Lt. Gen. Russel Honore, told the Washington Post Tuesday. “They use their boats all the time and know their waters, and know their capacity. It’s an old professional pride. It’s like good food: Some people didn’t go to the Cordon Bleu, but they can cook like hell. That’s these fishermen and their boats.”

The Cajun Navy formed 12 years ago in the wake of Hurricane Katrina. Honore led the joint task force after the storm responsible for coordinating military-relief efforts for affected areas of Louisiana. He estimated the Cajun Navy rescued 10,000 New Orleans residents in the days after the storm flooded the historic city.

Harvey slammed into the Texas coastal town of Rockport late Friday as a category four  with wind gusts topping 130 miles an hour and torrential downpours expected to dump up to 50 inches of rain from Corpus Christi to Houston through Wednesday.

The National Weather Service downgraded Harvey to a tropical storm over the weekend, but forecasters warn the stalled system will continue to cause “unprecedented” flooding unlike anything the state has ever seen. So far, first responders have pulled more than 3,000 trapped residents from flood waters as the city is inundated by more than 30 inches of rain. At least 10 people have died, according to multiple media reports.

Arriving in Houston Monday, the Cajun Navy set up command at Academy Sports and Outdoors in nearby Pasedena, Texas. A Facebook post from the group urges anyone with “equipment, including surface drive, flat bottom, airboats, etc” to join them in their efforts.

“The first-responders aren’t big enough to do this,” Honore said of the ongoing Houston relief effort. “You might have a police force of 3,000, and maybe 200 know how to handle a boat.”