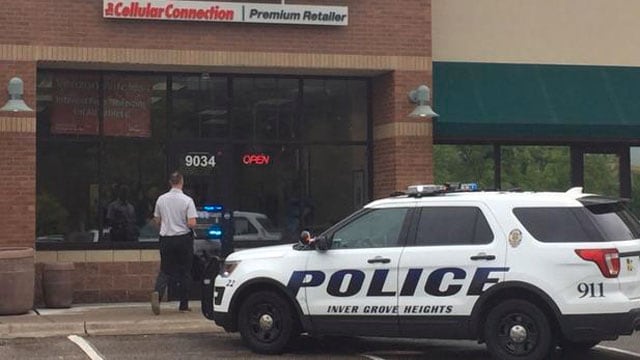 Nearly two weeks after an attempted robbery at a Verizon Wireless store in Inver Grove Heights, Minnesota, a suspect who was shot by an armed employee now faces multiple charges.

According to the complaint, which was obtained by the Pioneer Press, Mays and another suspect entered the store around 11 a.m. and asked the employee to look at several different cell phones. After showing the two suspects multiple phones, the employee went to a back room to retrieve more cell phones, and when he returned to the front of the store, Mays was holding a .45-caliber handgun, aimed at the employee’s head. Mays allegedly said, “Make it easy on me.”

Unbeknown to the suspects, however, the employee was also armed, quickly pulled his gun and fired several rounds, striking Mays multiple times. The second suspect, whose identity is still unknown, fled from the store as soon as gunfire erupted, leaving his wounded accomplice behind. The second suspect remains at large.

Police responded to a call from the employee, who placed his own weapon, as well as Mays’, on a window ledge. Authorities confirmed that the employee possesses a valid concealed carry permit.

Responding officers found Mays lying on the floor of the store suffering from multiple gunshot wounds. He was taken to the hospital and remains at Regions Hospital in St. Paul.

Mays is a convicted felon with a lengthy criminal history, and if convicted of the current charges, he could spend up to 40 years in prison with a fine of up to $75,000.

Drew Barns, manager at the Verizon Wireless store, told the Pioneer Press that the employee has not returned to work since the shooting.

“He seems to be doing well,” Barns said. “We haven’t pushed him to come back. It’ll be up to him.”