Welcome to Guntown, a New Project Set in Last City Where Guns Are Legal 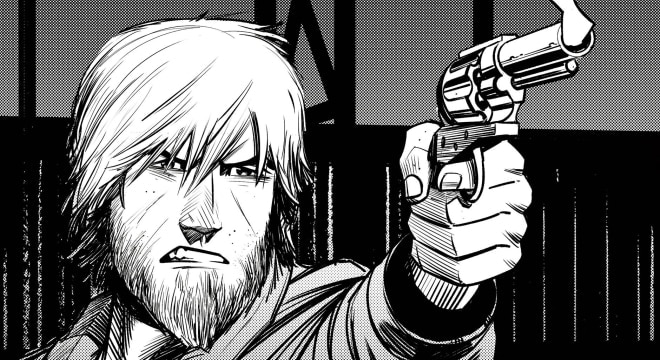 If you want to own a gun you have to live in the National Firearms Zone, from which you and your family can never leave — and the producer of Transformers is behind it.

The locals call it Guntown: a walled city in the deserts of New Mexico carved out after 2081 following the Gun Violence in America Act. Currently a graphic novel by Bob Quinn and Andy Shapiro, producer Lorenzo di Bonaventura wants to take it to screens big and small.

Hollywood news outlet Deadline reported Bonaventura, who produced the Transformers, Shooter and GI Joe franchises among others, wants to take a broad look at the debate on guns through the project.

“The gun issue is one that people feel so passionately about and it doesn’t take a pro or con view but it looks at it from both sides, and hopefully people being entertained,” he said.

From the blurb on Amazon:

When their home is threatened by the rise of a merciless demagogue hell bent on forging war with the outside world, Jimmy and Wade take it upon themselves to act. Their resistance against the Second Legion Army will test them in ways they never imagined. The adventure will reveal secrets of a dark past, bring their unshakeable friendship to its breaking point, and set the stage for Guntown’s ultimate battle.

As for Quinn and Shapiro, the authors say that Guntown is “rooted in the political,” but that they wanted “to focus the story primarily on the people living within this setting and under these unprecedented circumstances.”