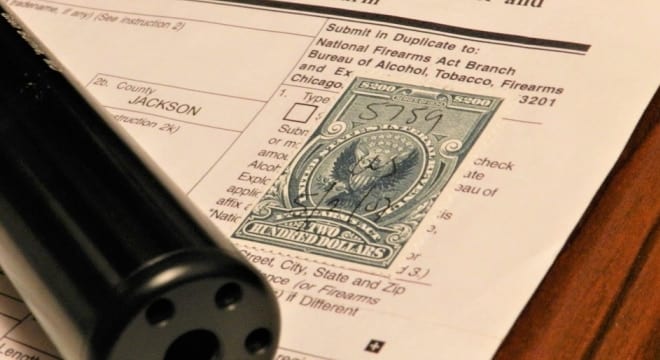 National gun control advocates cite the news of record sales of suppressors as proof that current regulations are not burdensome and should be retained.

Americans for Responsible Solutions, the group formed by former U.S. Rep. Gabby Giffords and her husband Capt. Mark Kelly, said Wednesday that recently released data illustrating a marked rise in the numbers of suppressors in circulation makes the argument they should be deregulated to increase access to the devices moot.

The response comes after the latest ATF Firearms Commerce Report showed the numbers of National Firearm Act-regulated items at an all-time high — including a 50 percent increase in suppressors registered since the previous report. Giffords’ group holds the upward trend refutes the firearms industry’s contention that the sound moderating devices should be removed from the NFA’s purview to allow greater use as safety devices.

“It’s no accident that the number of silencers registered with ATF has more than quadrupled in the past seven years, from just over 285,000 in 2010 to over 1,360,000 in 2016,” said Peter Ambler, executive director of the group. “Aggressive marketing campaigns have skyrocketed the popularity of silencers among gun enthusiasts, which is why it should come as no surprise that the gun lobby is now aiming to gut long-standing laws that were designed to protect public safety in order to continue boosting their bottom line by making this product even easier to buy.”

In their statement, the group contends that 83-years of strict NFA regulation have meant the devices are rarely used in crime and that deregulation would lead to private sales of suppressors away from the current lengthy background check process and $200 tax on each transfer, with the result being a threat to public safety.

Currently underway in the House, the Hearing Protection Act, HR.367, would eliminate the $200 transfer tax on suppressors by dropping them from NFA rules, but still requires they should be transferred through federal firearms licensees after a background check, regulating them as firearms. A bill with less support, the SHUSH Act, HR 3139, would not only remove suppressors from National Firearms Act requirements but also classify them as simple accessories which could be sold over the counter.

An alternative backed by Giffords group would be to increase the ATF’s resources by folding NFA fees and taxes back into the agency — they are currently deposited into the Treasury– allowing their use to help cut wait times on suppressors. Current applications can take nearly a year to process.

“By providing additional funding to ATF to speed up the processing of silencer applications, we can enact a simple solution that enhances the ability of Americans to acquire silencers in a timely manner while maintaining a regulatory structure that has been instrumental in keeping our communities safe,” says the group.