Hurricane Harvey: The Marines have arrived on tracks (PHOTOS)

Among those responding to historic flooding in Texas as a result of Hurricane Harvey is a Marine Reserve unit who have brought out their amtracks to help.

Galveston, on the Texas Gulf Coast, is home to Charlie Company of the 4th Assault Amphibian Battalion, and they are rolling in support of the Galveston Fire Department and others in their home area in conjunction with other Marine units in the state. The unit is equipped with AAV-P7/A1 assault amphibious vehicles, an armored amphibious personnel carrier that stands almost 11-feet high and stretches more than 26-feet in length. 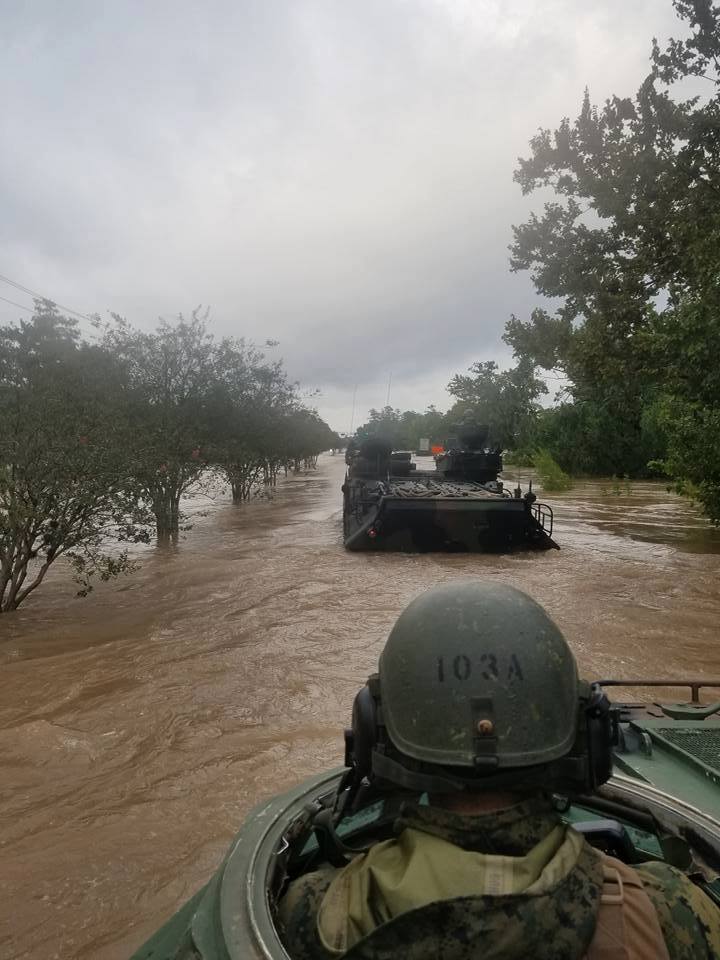 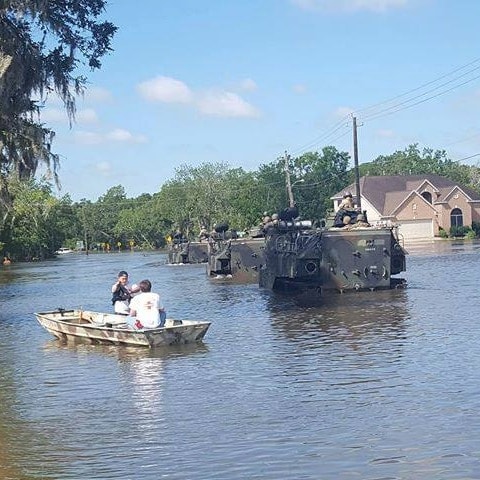 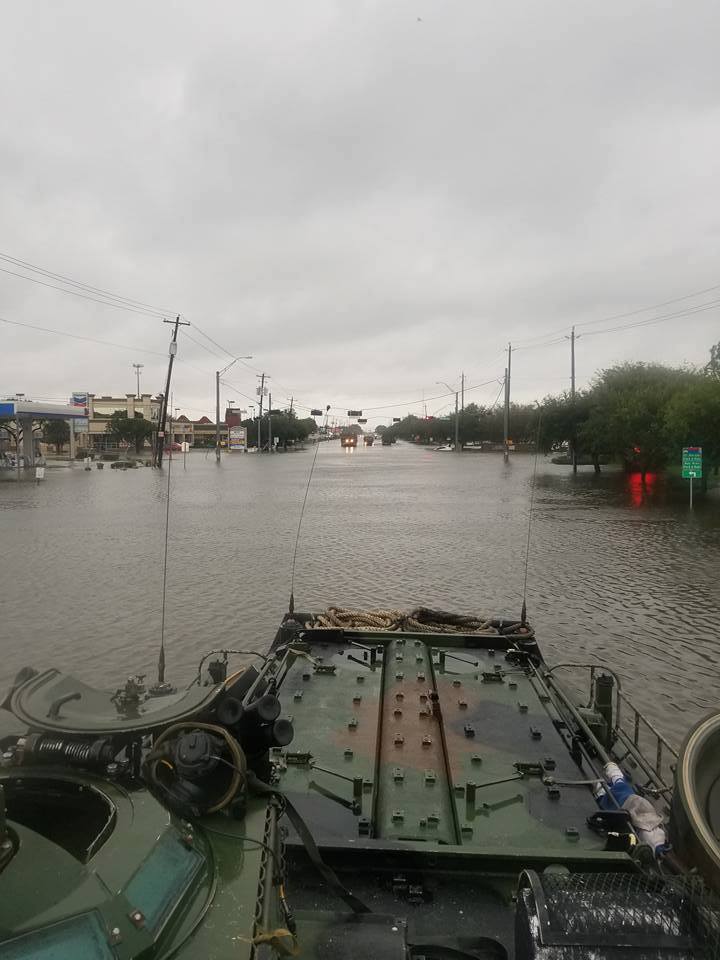 Capable of making 45 mph on streets, the vehicles are fully amphibious and can travel at a more sedate 8 mph while floating.

It’s not the first time the 4th AA has responded in the aftermath of a hurricane. Their Gulfport, Mississippi-based company rolled through the flooded streets and neighborhoods there after Hurricane Katrina in 2005 while Company B deployed to New Orleans from their home in Florida.

Of course, the Harvey rescue and recovery is a joint effort across state, local and federal agencies and military branches, with the Air Force, Army, Coast Guard, National Guard and Navy involved as well.