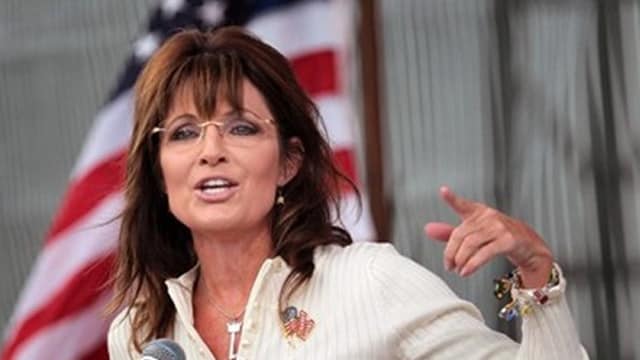 “What we have here is an editorial, written and rewritten rapidly in order to voice an opinion on an immediate event of importance, in which are included a few factual inaccuracies somewhat pertaining to Mrs. Palin that are very rapidly corrected,” U.S. District Court Judge Jed Rakoff said in a 26-page opinion. “Negligence this may be; but defamation of a public figure it plainly is not.”

The Times drew Palin’s ire after publishing an editorial June 14 in response to the congressional shooting in Alexandria, Virginia. Staff writer Elizabeth Williams authored the piece, in which she discusses how violent political rhetoric reaps deadly consequences — as it did in Virginia that day and six years ago in a grocery store parking lot in Tucson.

“Was this attack … evidence of how vicious American politics has become? Probably,” the published editorial says. “In 2011, when Jared Lee Loughner opened fire in a supermarket parking lot, grievously wounding Representative Gabby Giffords and killing six people, including a 9-year-old girl, the link to political incitement was clear. Before the shooting, Sarah Palin’s political action committee circulated a map of targeted electoral districts that put Ms. Giffords and 19 other Democrats under stylized cross hairs. Conservatives and right-wing media were quick on Wednesday to demand forceful condemnation of hate speech and crimes by anti-Trump liberals. They’ re right. Though there’s no sign of incitement as direct as in the Giffords attack, liberals should of course hold themselves to the same standard of decency that they ask of the right.”

The Times issued a correction the following day stating Loughner’s motives were never proven to be connected to the political action committee’s map. The map itself, created by SarahPAC, showed congressional districts and not individual lawmakers — another important distinction the newspaper included in its printed correction.

Still, Palin sued the paper June 27, alleging in court documents the editorial hinged on the fabricated connection between SarahPAC and Loughner.

“The Times published and promoted its Editorial Board’s column despite knowing that the linchpin of its ‘sickening pattern’ of politically-incited shootings was the false assertion that Mrs. Palin incited Loughner to murder six people, among them a child and federal judge, and seriously wound numerous others,” Palin’s attorneys wrote in a 25-page complaint. “In doing so, the Times violated the law and its own policies.”

Rakoff said the evidence felt short of proving the Times acted with malice — a key hurdle in winning defamation cases.

“Nowhere is political journalism so free, so robust, or perhaps so rowdy as in the United States,” Rakoff wrote. “In the exercise of that freedom, mistakes will be made, some of which will be hurtful to others. Responsible journals will promptly correct their errors; others will not. But if political journalism is to achieve its constitutionally endorsed role of challenging the powerful, legal redress by a public figure must be limited to those cases where the public figure has a plausible factual basis for complaining that the mistake was made maliciously, that is, with knowledge it was false or with reckless disregard of its falsity. Here, plaintiff’s complaint, even when supplemented by facts developed at an evidentiary hearing convened by the Court, fails to make that showing. Accordingly, the complaint must be dismissed.”

The Times released a statement Tuesday praising Rakoff’s decision and acknowledging the errors made in the original editorial.

“But we were pleased to see that the court acknowledged the importance of the prompt correction we made once we learned of the mistakes,” the newspaper said. “In the words of the court, ‘if political journalism is to achieve its constitutionally endorsed role of challenging the powerful, legal redress by a public figure must be limited’ to cases where there is something more than an honest mistake.”