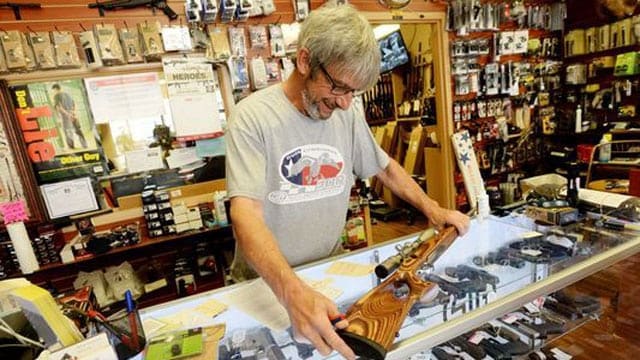 For 48 hours only, retailers will offer a 2-percent discount on the state’s 5 percent sales tax for eligible items — from rifles and pistols to off-road vehicles “designed primarily for hunting.” An entire list can be viewed here.

The holiday, first established in 2009, initially exempted the purchases from all state and local taxes. Lawmakers amended the holiday last year to charge 3 percent sales tax, instead. A proposal to limit the holiday even further made headway in the Louisiana Senate in April as legislators searched for ways to fill a $1.8 billion budget deficit without raising taxes. The House Ways and Means Committee later rejected the proposal 11-4.

It’s not the first time the Legislature has looked to balance fiscal shortfalls with the lost revenue of the sales tax holidays — Louisiana has several on the books, including for school supplies. In 2015, lawmakers temporarily eliminated all tax holidays, recouping $4.3 million in total — $600,000 alone from the guns and ammo event, according to a report from Everyday Money.

September was the fourth busiest month for federal background checks — and by proxy, gun sales — in Louisiana last year. Dealers processed more than 26,000 applications for handguns and long guns through the National Instant Criminal Background Check System. September 2015, the year legislators eliminated the holiday, ranks as the busiest September since the holiday’s inception, with dealers transferring an estimated 32,425 handguns and long guns that month alone.

In 2009, the first year of the holiday’s existence, September’s estimated gun sales doubled, according to federal data. September sales have climbed yearly until peaking in 2015.