6 old school hunting rifles that still get the job done 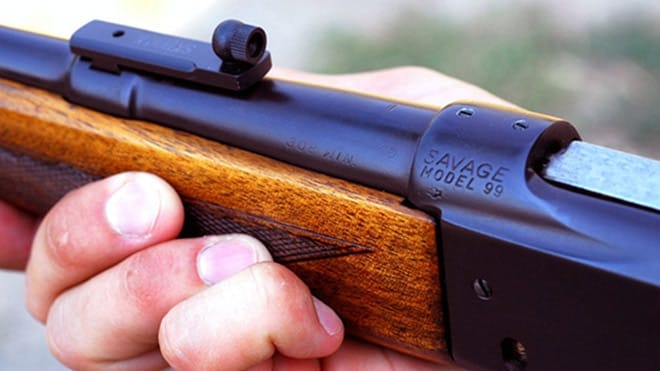 Guns are sometimes much more than guns. Sometimes they help define the love of a family as heirlooms passed from one generation to the next.  And, more often than not, the gun that is cherished the most as a symbol of tradition and collective wisdom is the humble deer rifle.  The following six hunting rifles are no longer in production yet still find their way to the deer woods each fall in the hands of hunters who value both tradition and well-built sporting arms.

Savage’s Model 99, preceded by the 1895, was the first hammerless lever-action rifle in mass production.  The reliability, accuracy, and appearance of the 99 have made it both a classic rifle and a practical hunter. 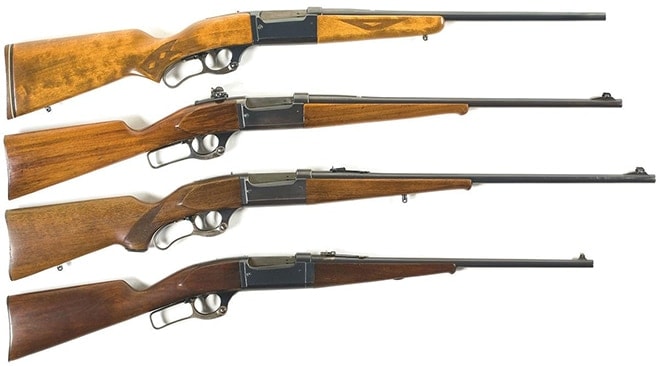 The internal rotary magazine and brass round counter defined the rifle and allowed use of both higher powered rounds and also the pointed bullets that tubular lever rifles could not.  Later Model 99s came with the at the time more desirable dropbox magazine.  The 99’s cocking indicator was also new and interesting in its day.  While the .300 Savage was perhaps its best known chambering, calibers also included: .303 Sav, 30-30, .250-3000, .243, .284, and .358 among other less common ones.

The Winchester 54’s particular value here is as the predecessor to the even more beloved Model 70, which would top this list were it not in current production.  Because the Model 54 was made in the era of iron-sighting, its bolt throw is too high to allow for simple scope mounting.  That has been both a blessing and curse, as Winchester 54’s are finally becoming known as collector rifles, and it’s estimated that fewer than 15,000 survived in unmodified, original condition.  Regardless, the build quality of these bolt guns has kept them in the field all these years, passed down from one generation to the next.

The powerful semi-automatic was introduced as the Model 8 in 1911, a John Moses Browning brainchild  using the same long-stroke spring-recoiling design as his Auto-5 shotgun. The Model 8’s jacketed barrel is the defining feature, as is the five-round integral box magazine that could be filled by military-style stripper clips.  Original chamberings included 35 Rem, 30 Rem, 32 Rem, and 25 Rem, marketed as much more powerful than the then-common 30-30.  By 1936, Remington learned they could make the same gun cheaper but with a stouter wrist and forend, and the Model 81 took over.

Though there are still plenty of hunters shooting these rifles, I suspect they are not long for this list.  The collector value of Model 8s and 81s have been on a skyward rise over the last few years, and will no doubt continue to the point of killing their value as hunting companions but maintaining them in the American consciousness.

While I consider it pure butchery to sporterize fine military rifles, there’s no denying that the reasonably priced bolt-action military surplus guns made some of the most prevalent and capable arms in the deer woods.  With the majority built on fine Mauser actions, these guns were reliable and accurate if not beautiful.  While variations of the .303 British Enfield may be some of the most common still out there today, many were re-barreled and re-chambered.  The Belgian FN Mauser actions made some of the finest, most accurate, and often classiest builds.  Likewise, the German Gewehr 98’s controlled-round Mauser action has accounted for countless whitetail deer in the American woods. 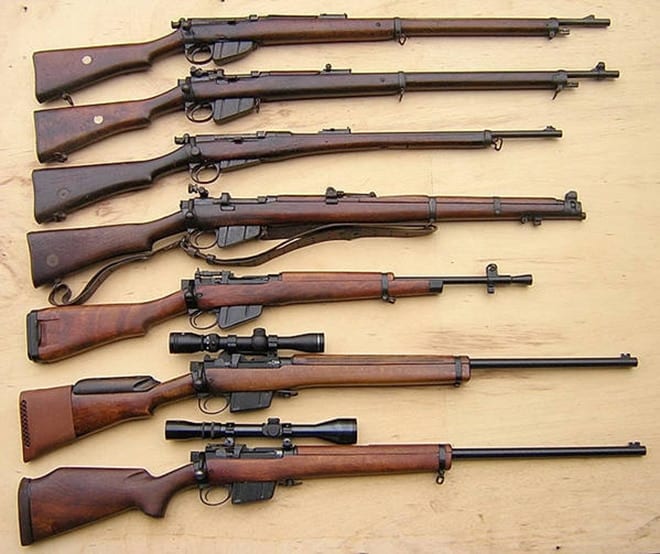 This one was really a toss-up between the lever-run 88 and the semi-automatic Winchester 100.  Both guns were available in rifle and carbine lengths and still account for a consistent take of whitetails each year.  The hammerless Winchester 88 was introduced in 1955 as a .308.  Within a few years, 243, 284, and 358 chamberings were added, though all rounds were short action, albeit high power. The gun operated a three-lug rotating bolt, short throw lever, and four-round detachable magazine.  They came standard with iron sights but were drilled and tapped for scope mounting.  Though long known as a harder-recoiling gun than many of its time, the Winchester 88 still rightly remains a beloved rifle that, along with the Model 100, leads the charge on many deer hunts today.

The Model 760 and 7600 GameMaster slide-action centerfire rifles date back to 1952.  They featured a rotary, front locking bolt run by simple yet sturdy dual action bars.  Fed by detachable box magazines and offered in both rifle and carbine length in many stock options and the necessary deer calibers — 243, 308, 270, 30-06 — the rifle is well balanced and still remains one of the most commonly encountered deer rifles out there.  While the 760/7600 triggers were never the greatest, reliability was exceptional.  All of the 7600s came with iron sights but were also drilled & tapped for scope mounting.  While many hunters still tote the 740/7400 semi-auto versions, the reliability and lasting power of those receivers is notoriously horrendous.

Several rifles very well could have been included the above list but did not quite fit in the parameters.  Because both the venerable Winchester 94 and Marlin 336 are still in production today, they find themselves here and not on the main list. The Browning BAR semi-auto line of soft-recoiling, classy deer-slayers also falls into the same category.  If you don’t know about those, this article is not long enough to help you.

Also in the honorable mention category are both the earlier Ruger 44 Carbine and the later Ruger Deerfield Carbine.  Though they never rose to the popularity of other semi-autos, they accounted for their share of deer and are still prevalent in the woods. And the final entry into honorable mention is the Remington 14 and 141 run of slide-action rifles.  Their classic chamberings, twist-magazine tube, and shell detail inset in the receiver define these rifles, which have become too collectible to be found in many deer camps.

We’re sure we missed a couple. Comment and let us know what else should be included on this list.