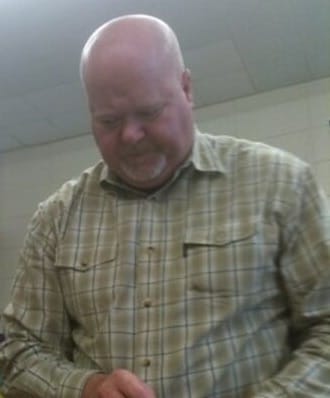 A Chicago Public Schools teacher has been charged with dealing ammo and gun accessories on the Windy City’s south side.

The criminal complaint and affidavit allege 53-year-old Brent Turpin illegally supplied an extended handgun magazine, a laser sight and two boxes of ammunition to a convicted felon. Unbeknownst to Turpin, the felon was cooperating with FBI agents, according to a Justice Department news release.

The complaint alleges Turbin supplied the ammo and gun accessories to the felon earlier this month at his residence also shows he allegedly attempted to help the FBI informant procure a firearm at an Indiana gun show, instructing the informant on what to say and do.

“If they ask you if you’re from Indiana, say yes,” Turpin told the informant, according to the complaint. “If they say where [are] you from, say like, say South Bend or something, or Indianapolis.”

The defendant and informant met with a dealer at the show. However, Turpin declined to show his driver’s license and so no gun was purchased.

Turpin has worked at CPS schools since 2008 and in 2010 became a special education teacher at Kershaw Elementary School in the south side Englewood neighborhood. CPS officials suspended the man Wednesday after learning of the charges.

“The vast majority of CPS employees embrace their unique opportunity to serve as positive role models for young people in our city, which makes these allegations so disturbing and out of the ordinary for our school district,” district spokesman Michael Passman said in a statement emailed to news outlets. “The employee in question has been removed from his position while the investigation proceeds, and our staff is focused on supporting the school community during this difficult time.”