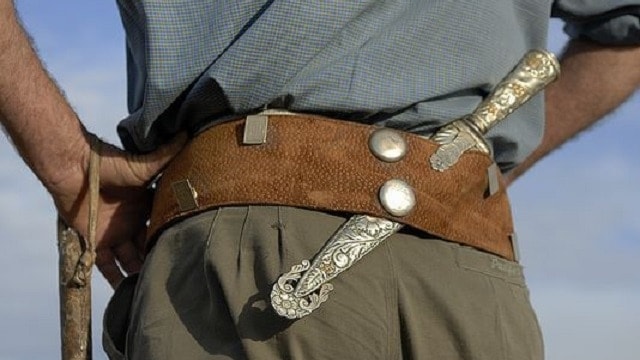 The open carrying of blades longer than 5.5 inches is now legal in Texas. (Photo: Getty Images/dolphinphoto)

The law, which originated as House Bill 1935, sponsored by Republican Rep. John Frullo, was signed by Gov. Greg Abbot in June and will take effect Sept. 1, CNN reported. The blades allowed include the famous Jim Bowie knife, swords, machetes, daggers, dirks, throwing knives, and many more.

Under previous state law, blades longer than 5.5 inches could be purchased by Texans but for the most part could not be carried out in the open.

The new law does not apply to every corner of the nation’s second largest state, as the open carry of blades longer than 5.5 inches will remain illegal in some places, including schools, universities, polling places, prisons, hospitals, amusement parks, bars and churches.

“House Bill 1935 provides a common sense solution by prohibiting any knife with a blade over five-and-a-half inches in certain location restricted areas,” Rep. Frullo previously told CNN in a statement.

The legislation met resistance in May after a University of Texas student was killed and three others wounded on campus by a man with a hunting knife. Frullo moved debate on the measure back by one week but still expressed full support for it.

Knife Rights, a national advocacy group, celebrated the legislation but said the state still had a ways to go to repeal remaining knife restrictions.

“We won’t stop until Texas is as free as everyone thinks Texas is,” the group said on its website.