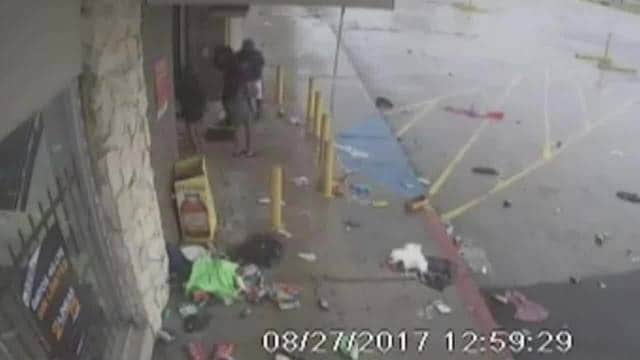 The U.S. Concealed Carry Association said the need for residents to protect themselves while first responders focus on rescue and relief efforts “has never been higher.”

“There’s always the possibility that law enforcement officials are unable to immediately respond to a crime,” Tim Schmidt, the association’s founder and president, told in a statement sent to Guns.com Wednesday. “Fortunately for the victims of the Hurricane in Texas, they have the right to defend themselves through concealed carry and other pro-gun laws. Every American should be able to protect and defend themselves and their families with a firearm, and situations like these demonstrate the need for other states to adopt similar laws in order to ensure the safety of their citizens in any situation.”

Houston law enforcement arrested more than 40 people this week for looting and related crimes as the city recovers from more than four feet of rain and unprecedented flooding unlike anything Texas has ever seen.

Houston Police Chief Art Acevedo confirmed Wednesday a group of suspects accused of robbing victims at gunpoint had been taken into custody and will face stiffer penalties for committing crimes during the storm.

“Don’t come to Houston because you’re going to be caught,” he said. “That’s despicable behavior.”

Houston Mayor Sylvester Turner implemented a 5 p.m. curfew across the city until further notice in attempt to curb the criminal activity, however, volunteers say the thieves have impaired their daytime rescue operations as well.

Clyde Cain, founder of the Louisiana Cajun Navy, told CNN looters attempted to steal one of the volunteer rescue group’s disabled boats Monday as the crew watched from a nearby delivery truck. He said the activity forced the group to abandon several missions.

“They’re making it difficult for us to rescue them,” he said in now-removed Facebook post. “You have people rushing the boat. Everyone wants to get in at the same time. They’re panicking. Water is rising.”

Later, Cain clarified the situation by saying “There’s looters out here, as in any time you have a natural disaster or catastrophe. We’re OK.”