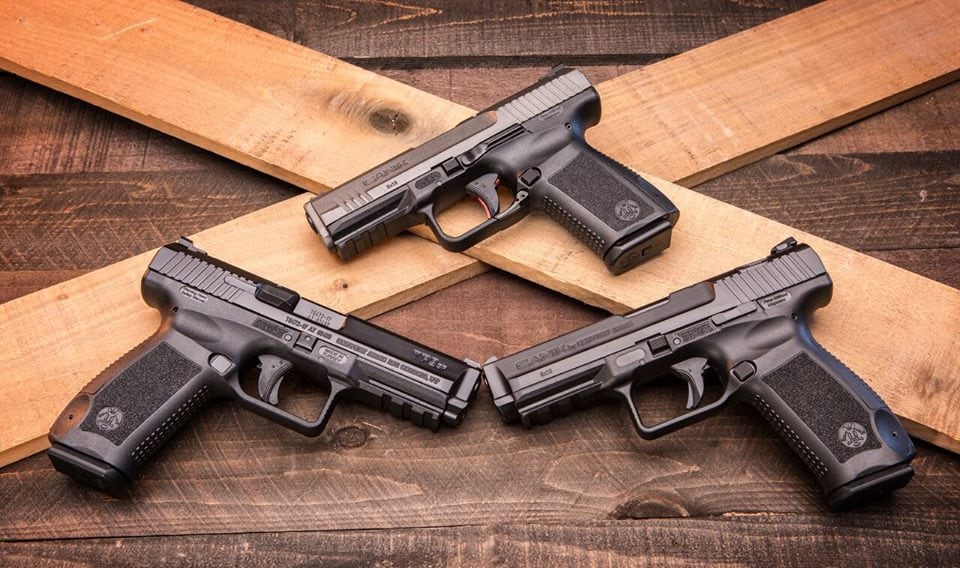 The notice applies only to Canik’s TP9SA, TP9SF, TP9SFx, TP9SF Elite and TP9SF Elite-S which have demonstrated that repeated abusive dropping “may result in damage to safety features and unintentional discharge.” No other products are affected by the safety bulletin.

Similar to Sig Sauer who suffered public backlash after the P320 unintentionally discharged during drop testing conducted by Omaha Outdoors, Canik is stopping just short of a recall and instead offering a “voluntary upgrade” to combat the problem. The upgrade will revamp the trigger safety spring and firing pin block spring to increase the safety of the aforementioned pistols.

The company says all pistols currently comply with and exceed current industry and military abusive handling standards and that there are no safety concerns under ordinary handling conditions. Repeatedly dropping the 9mm pistols, however, damages, disables and deforms internal components. Canik suggests any handgun that suffers a significant impact should be inspected by a gunsmith before continued use.

Before eager Instagrammers and gun owners take to the range to test the drop aspects of Canik’s 9mm pistol lineup, the gun maker says repeated impacts will not only damage the gun but also result in voiding the warranty.

“Firearm abusive handling tests can be dangerous and should only be conducted by qualified individuals in controlled environments with proper safety precautions in place. Canik does not recommend that any customer conduct drop tests or other endurance tests before or after this Severe Duty Upgrade,” Canik said in a press release.

Canik is set to roll out the Severe Duty Upgrade process by Friday, Sept. 8 with instructions set to appear on Canik’s website at that time.