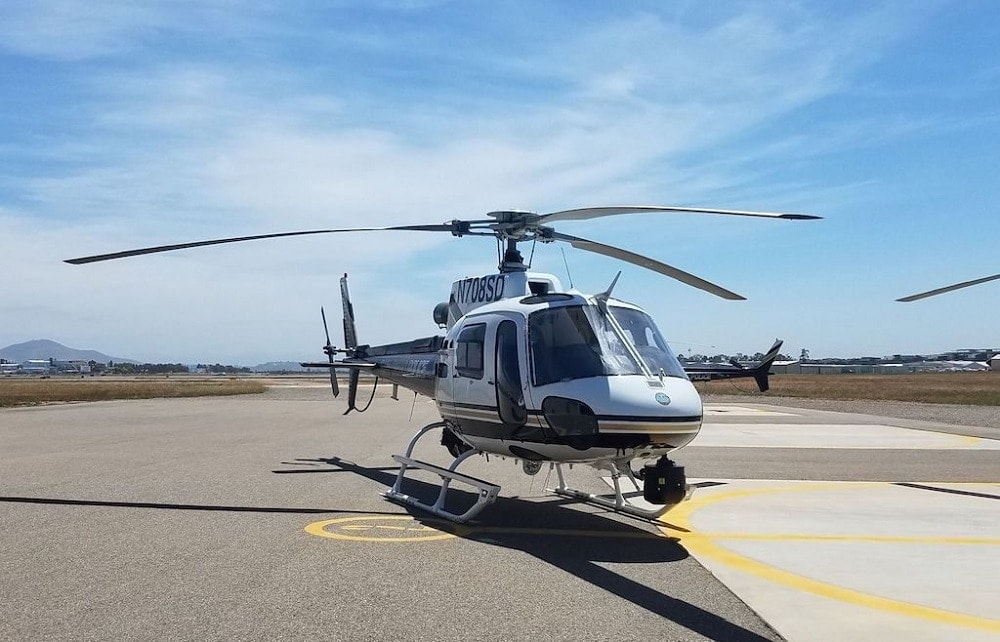 Two officers with the San Diego Police Department have been awarded for using a police helicopter’s loudspeakers to persuade an armed suspect to surrender.

The San Diego Tribune reported officers Elias Rodriguez and Joe Waggaman were responding to a report of an armed man firing at family members on Christmas Eve 2015 when they saw a thermal image of a man with a shotgun appear on their screens.

As the suspect headed down a hillside, chasing after three victims who had fled their home, the helicopter crew used the aircraft’s loudspeakers to simply command the man to surrender and drop his firearm. Rodriguez, the pilot, and Waggaman, the tactical flight officer, had no back up at the scene yet, as sheriff’s deputies were dealing with a hostage situation elsewhere.

Waggaman continued to give out more commands, and the suspect eventually put his shotgun down and surrendered.

Video footage of the incident led the two officers to win an award at an annual conference put on last month by FLIR Systems, the company that manufactures the thermal imaging cameras used to spot the suspect.