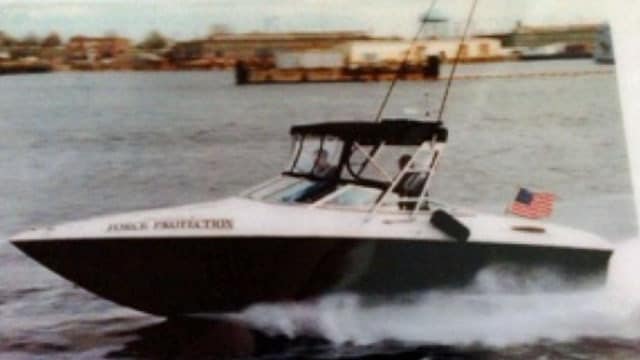 An investigation has uncovered an off-the-books police force operating at the Navy’s largest public shipyard that had operated for nearly a dozen years and spent an estimated $21 million in public funds on weapons, vehicles and gas.

The inspector general at the Naval Sea Systems Command conducted the investigation in 2014, according to Federal News Radio, but the findings are only just now coming to light.

The investigation was allegedly conducted only after military investigators and federal prosecutors refused to launch their own investigations. No one involved with the unsanctioned police force has faced punishment, and millions of dollars worth of equipment is still missing.

Investigators say after the 9/11 terror attacks, funding was made available to agencies to beef up security, and that’s when unarmed guards at the Norfolk Naval Shipyard in Portsmouth hired more people, armed them, gave them badges and boats, and vehicles with phony license plates.

“These folks are not law enforcement, but they wanted to be, and all of their actions were done to become a law enforcement organization,” said Peter Lintner, the deputy director of investigations at NAVSEA.

“The stunning thing is that this happened over the course of seven commanding officers, and not a single one of them put a stop to it or really even had any visibility on it,” he said. “Everybody just thought, ‘Well, they’re the good guys. They’re the security department. They’re not going to do anything wrong.’ In actuality, they were doing everything wrong, and they knew it.”

The phony law enforcement team created its own armory and stocked it with Berettas, thousands of rounds of ammo, night vision goggles, and ballistic vests and helmets.

To secure a fleet of vehicles, they went to the surplus military property yard up the road, which is run by the Defense Logistics Agency. They presented a letter from a supervisor, filled out about a half hour’s worth of forms, and drove off with Humvees, Suburbans, and other vehicles. (It’s not the only time the DLA has run into problems issuing equipment. The Government Accountability Office earlier this summer found that the agency had sold $1.2 million in excess equipment to investigators posing as law enforcement.)

All told, the phony police agency acquired at least 92 vehicles from the DLA, along with a flatbed truck to move them around. More than $4 million worth of vehicles were taken, all of it unaccounted for to this day. When asset managers came around, the security force hid all the loot.

“They drove all the vehicles out, loaded everything on the flatbed and stashed it in one of the back parking lots on the local naval base,” Lintner said. “When the asset manager got there it was literally an empty warehouse, but the day before it had been packed full of tools, vehicles, all types of material. They admitted they hid it deliberately. That’s what they said every time: ‘If anybody found out what we had, they would have taken it away from us and we wanted to be ready for any contingency.’ Their motto was, ‘It’s better to have it and not need it than need it and not have it.’”

They also acquired a $150,000 speed boat, and spent another $206,000 to park it at a private marina. Investigators said they acquired another $4 million worth of goods that was considered “minor” property like tools, night vision goggles, and sniper scopes.

Over the years, the cost of payroll for the security force had nearly doubled from $2.6 million in 2009 to $4.7 million in 2014. The inspector general estimated the phony force racked up around $10.6 million worth of labor, and had spent another $10.4 million on equipment.

“The issue with this is that most of the senior folks — the commanding officer at the time, the executive director, the security director and deputy director, the director of the shipyard — all retired, in some cases before they wanted to because they were afraid this was going to go to NCIS,” Lintner said. “We asked if we could go after those folks in retirement and we were told it’s just too hard to do.”