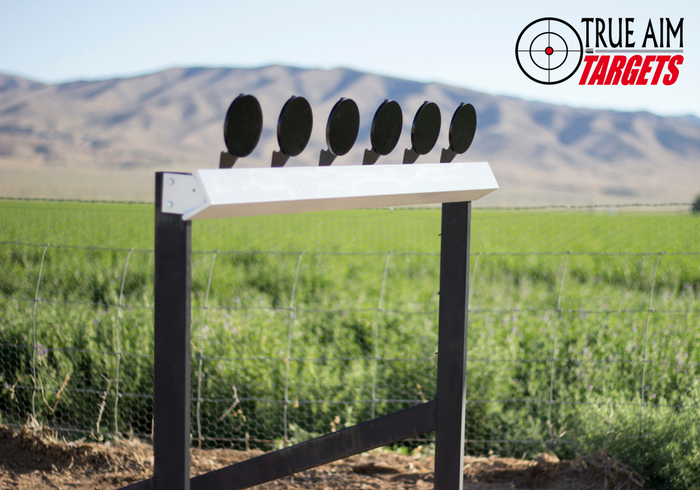 True Aim Targets kicks target shooting up a notch utilizing an innovative interactive design that allows shooters to control the Rig 6 target system and share results via an app.

The Rig 6 is a responsive pop-up target system that operates using a tablet. Fully automated and wireless, shooters are able to use the system to play a variety of programmed games or participate in training scenarios. The system is equipped with eight total games — four practice and four competitive.

For practice, the Rig 6 serves up a reset each function which resets targets immediately after being shot. Reset all resets targets after the last target is shot. Random mode release target at random one at a time and Manual Mode allows targets to be manually released with a press of a button on the screen. Competitive games include speed challenges and a dueling challenge. Speed challenges offer left to right, right to left or random and pop targets up one at a time with the goal being to shoot as fast as possible. The Dueling Challenge gives two shooters the chance to go head to head against one another to see who can shoot their targets down first.

Targets are interchangeable and shooters can try out smaller sizes to improve marksmanship. Targets are rated for use with most handgun sizes, to include popular calibers like 9mm and .45 ACP. The target stands come in either a portable or fixed configuration, with the portable stand constructed to offer easy transportation to and from the range.

Though not currently available, the Rig 6 system is preparing to make its appearance on the popular crowd-funding website Kickstarter in September with early bird pricing starting at $2,950.