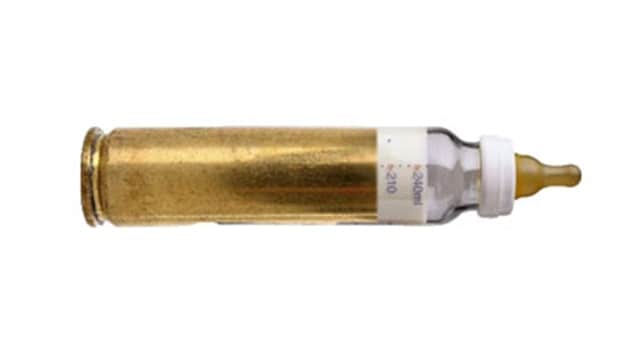 So easy, even a baby…

While hard, long and flat rounds like the .30-06 and .308 still appear to dominate the North American hunting rifle scene, I must admit these cartridges are really not the best choices for someone who’s never stalked whitetails before — or, heaven forbid, never shot a gun. So what’s a fledgling deer hunter to look for in a starter rifle?

A caliber that’s proven itself capable, a reputation for at least ‘minute of deer’ accuracy (combined with ample time behind the trigger), and manageable recoil that won’t send a rookie running back to the cabin with a sore shoulder. 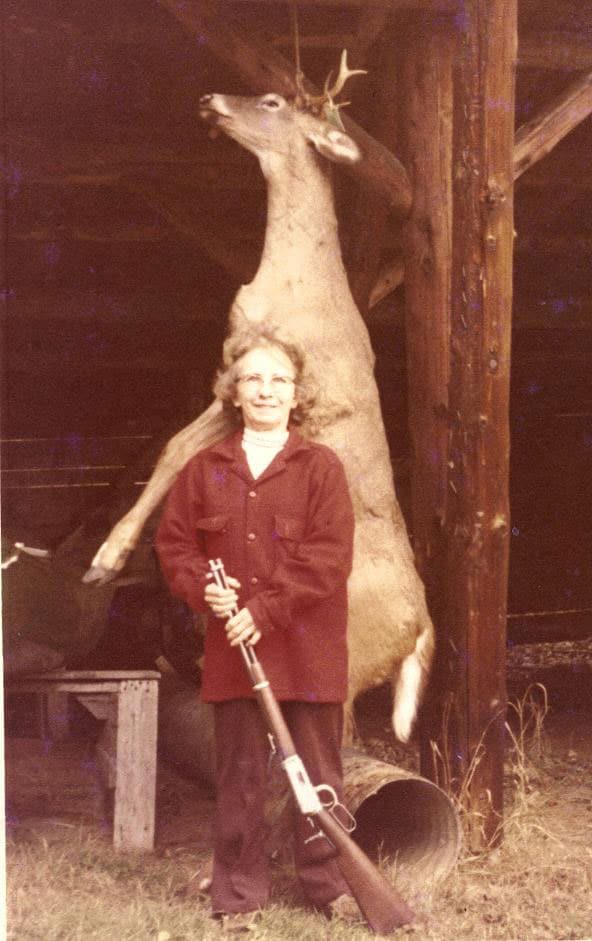 The author’s grandmother (not a newly indoctrinated hunter) with a prize buck, taken with .30-30 Win.

There are actually quite a few choices out there with such a proven history (.270 Winchester for instance). Here are my top five:

Many hunters, including myself, started their hunting career with a .30-30. All it takes is a random sample of local hunters anywhere to realize that this over 100-year old round still remains one of the most loved deer calibers in the woods. While not a long range affair (past 200 yards and you start getting into artist territory) it will bring down mobile venison (and anything smaller) at your standard distances. 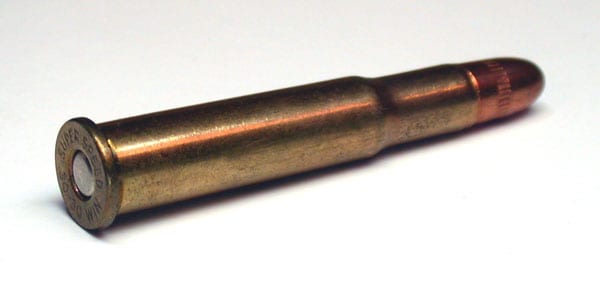 A 170-grain bullet was designed for the brush and, boasting low recoil in small carbines like the Winchester 94 or Marlin 336, the round is synonymous with “compact” and well suited for a new shooter stalking denser forest. If the lever action isn’t your style, H&R chambers their Handi Rifle in .30-30 that can be used either open or with a scope mounted.

The .243 Winchester came out in 1955 as a necked down .308.  It was an instant hit and remains so today, especially with folks conscious about meat preservation. With a 100 grain bullet pushing 2,900 fps, the .243 quickly gained a reputation for being a lightweight deer round. A little light for black bear, it does well on whitetails and pronghorn antelope out to 200-300 yards, In fact, it does it without all heavier recoil that comes with larger rounds. 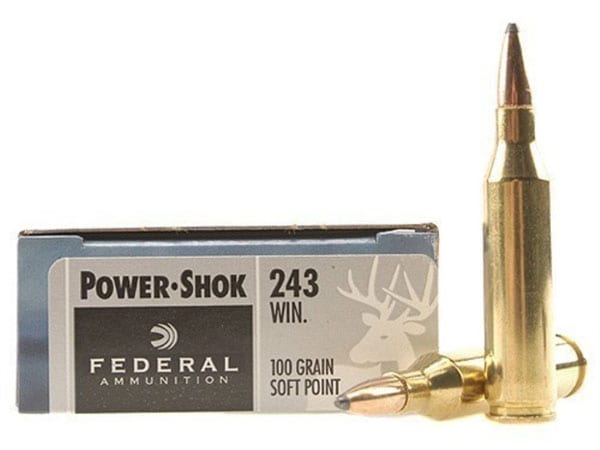 I know two women who hunt exclusively with the .243. Both have used them for years and shoot quite well with them. The fact that nearly every manufacturer in the business chambers either a bolt-action or a semi-auto rifle in .243 Winchester is a testament to this rounds popularity.

When I was younger, a friend of mine was dating a woman who hunted with nothing other than a Ruger .44 Magnum semi auto rifle.  According to her, it was the only rifle she was ever comfortable with and she killed many deer with it. While certainly not a beginner’s handgun round, even in a rifle, the .44 Magnum is well suited to new shooters who have never had experience with a larger caliber but would like an introduction. 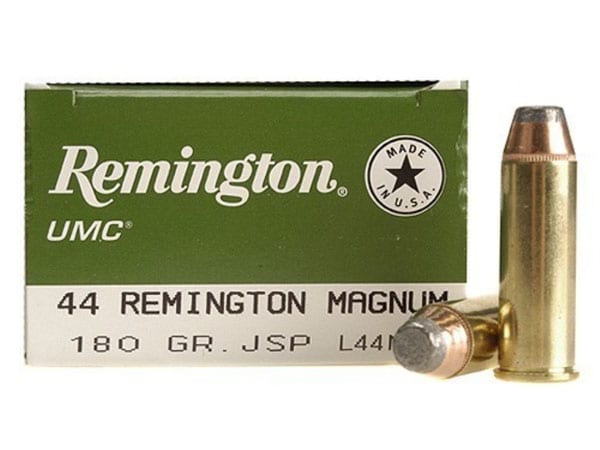 At close ranges of a 100 yards or less, a 200 or 240 grain bullet will take down any white tail deer or a black bear with little effort as long as the shooter does their part and puts the bullet through vitals. Recoil is low in rifles and there is very little muzzle blast, which is ideal for new shooters while the pistol caliber often means more rounds in the tube.  For someone looking to use a .44 Magnum rifle, Henry Arms, Marlin, Rossi, all make lever action rifles and H&R chambers their Handi Rifle in this hard hitter and comes ready for a scope to be mounted right on top.

While not quite as popular as the .243 Winchester, the .257 Roberts has certainly earned its stripes over the years. Ned Roberts took the 7x57mm case and necked it down to .25 caliber to make one of the best .25 caliber cartridges ever designed. Known to most simply as ‘the Bob’ the .257 Roberts is in the same league as the .270 and is better in my opinion than any of the 6mm rounds out there. 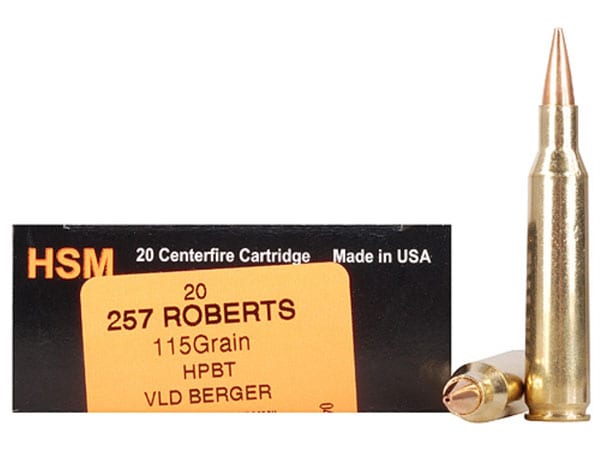 The most common load encountered is the 117-grain bullet, which averages about 2,800 fps. While infamously loved by many but never as widely seen as other calibers, Ruger and a few others chamber rifles in .257 Roberts.  You can also usually find a used Remington on the shelves just waiting to be snatched up, sometimes for bargain prices.

Another round from days gone by is the venerable .35 Remington. Originally chambered for the Remington Model 8 semi auto rifle in 1908 it has found its way into lever action rifles and is still one of the best close range deer cartridges for brush hunting. 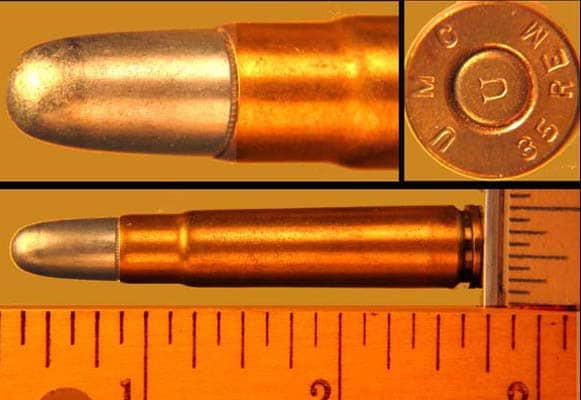 You will most commonly encounter the .35 Remington in Marlin 336s and its 200 grain bullet, moving at 2,000 fps, gives it a clear edge over the .30-30 in performance. While more powerful than the .30-30, the recoil of the .35 Remington is still less than that of the .30-06 and 7mm Magnum rounds. In rifles like the Marlin 336 you still have a compact rifle and, chambered in .35 Remington, you will have a bruiser on deer but not bruises on your shoulder.