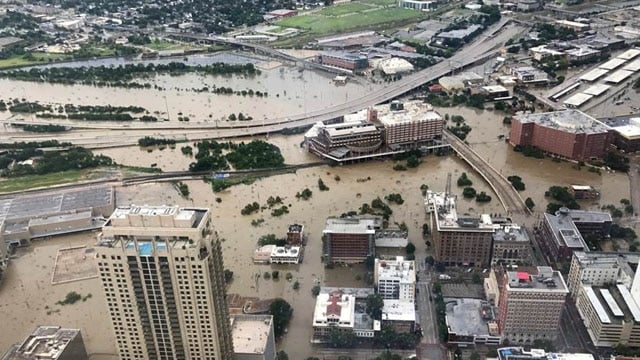 A gun dealer in Houston said last week ammunition is flying off the shelves in the wake of Hurricane Harvey.

James Hillin, owner of Full Armor Firearms, told The Trace Friday his phones “are blowing off the hook” as reports of looting gain traction.

“What people want is ammo,” he said. “People want to arm up and protect themselves from the looters.”

Houston law enforcement arrested more than 40 people last week for looting and related crimes as the city recovers from more than four feet of rain and unprecedented flooding unlike anything Texas has ever seen. The storm has killed at least 39 people, so far.

Harvey slammed into the Texas coastal town of Rockport on Aug.25 as a category four hurricane with wind gusts topping 130 miles an hour and torrential downpours that dumped more than 50 inches of rain along the Texas Coastal bend for five days — washing away houses and cars, shutting down roads and forcing more than 30,000 residents into shelters.

Hillin said the storm spared his home and store, but he fears criminals will still target his business. Nicole Strong, an ATF spokesperson, told The Trace gun stores were broken into during the storm, but declined to release any further details.

“They’re looking for easy money,” Hillin said. “They know that power’s going to be out all over so they figure there won’t be alarms or surveillance. Of course, I have a big generator and backup batteries. Nothing wrong with being prepared.”