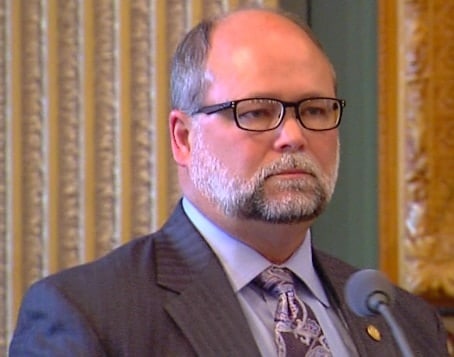 A Michigan State Senate leader had some ominous words recently regarding permitless carry legislation, suggesting the state’s permitting system may remain in place for the foreseeable future.

While a legislative package that would allow gun owners to carry concealed firearms without a permit was passed by the Michigan House in June, Senate Majority Leader Arlan Meekhof, R-West Olive, said he didn’t think the same could be done in the Senate, MLive.com reported.

Meekhof, who heads the Senate Government Operations committee in which House Bills 4416-4419 currently reside, said he had not spoken with Gov. Rick Snyder about the legislation but that he was “sensing his reluctance to do anything with firearms.” The lawmaker thinks the bills may have a better chance in the future as part of a different deal.

“The timing isn’t right yet, maybe is the right way to say it,” Meekhof said.

Specifically, the pro-gun legislative package would repeal the requirement that Michigan gun owners obtain a permit in order to carry concealed guns. The bills also call for a reduction in penalties for certain violations relating to carrying handguns without proper identification. Those prohibited from possessing firearms would still be prohibited from carrying them as well.

Anna Heaton, a spokeperson for Snyder, said the governor had not yet made a decision on the bills and would review them if they reach his desk.