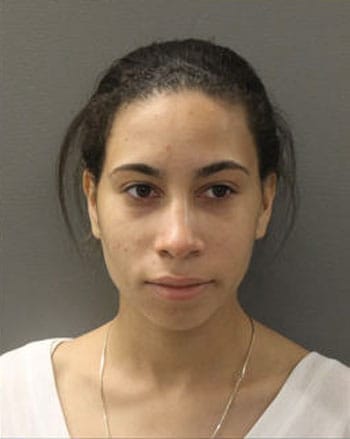 An altercation at a Hamden, Connecticut, nail salon Friday afternoon ended with one woman in jail and another woman accidentally hit with a stun gun when the suspect missed her mark.

Police say the incident, which involved the suspect and two other salon customers, unfolded around 1 p.m. at The Nail Spa. Authorities did not indicate what spawned the argument, but at some point, 19-year-old Katerah Edmundson pulled out a knife and tried to stab one of the women involved in the altercation.

An employee was able to take the knife from Edmundson before anyone was injured, but then Edmundson retrieved a stun gun. However, when she went to zap one of the women, she accidentally struck an innocent bystander in the back instead.

Police responded to the dispute and Edmundson was arrested on charges of first-degree reckless endangerment, third-degree assault, carrying a dangerous weapon, second-degree threatening, and second-degree breach of peace. She is being held on a $5,000 bond and is due in court next week.