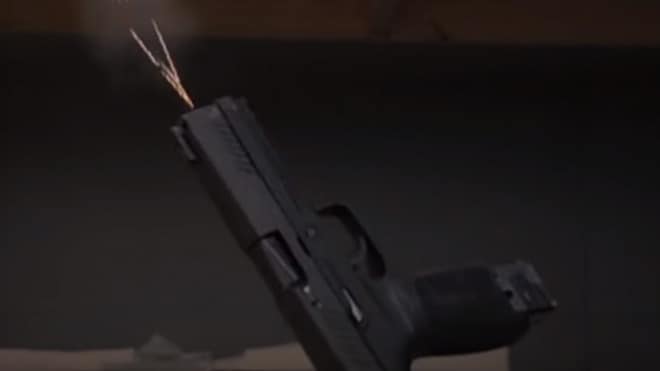 A lawsuit against Sig Sauer has been amended to include allegations that the gun maker knew about the flaw in the P320’s drop safety months before public pressure forced the New Hampshire company to offer an upgrade for the handgun design.

The amended complaint says Sig attempted to mislead the public by stating there had been “zero reported drop-related P320 incidents in the U.S. commercial market” when in fact the plaintiff, Vincent Sheperis, notified the company about the issue after he was injured due to the defect in January.

According to the lawsuit, the Stamford police officer and his department contacted Sig after his holstered P320 pistol discharged, causing a bullet to rip through his leg and knee, when it hit the ground. In their communications, Sig received the service weapon in question and specific details regarding the incident — like the scenario and holster used — but the company did not adequately test the drop safety. Then, Sig abruptly ended communications with them altogether.

Jump ahead about eight months, the company found itself on the ropes after the Dallas Police Department issued a memo to its officers suspending the use of the P320 pistol because of safety concerns. In Sig’s response, it made the claim that there had been “zero reported drop-related P320 incidents,” but that statement was short lived as Sheperis filed his lawsuit the very same day. Three days later, a third-party evaluation revealed exact circumstances in which the pistol would discharge if dropped and a day later Sig offered the upgrade.

The amended complaint argues that Sig’s understanding of the P320’s drop safety issue goes farther back than developments that have recently come to light. In January, the design was named the official sidearm of the U.S. Army, which has stringent drop safety standards. The drop safety on the military pistol works whereas the law enforcement and consumer designs will discharge when dropped at a specific angle.

“In all likelihood, (Sig) had knowledge of the drop defect months before January 2017 while testing the P320 in the process of competing for the Army’s $500,000,000 contract against various highly-qualified competitors, thereby putting thousands of lives unnecessarily at risk,” the lawsuit says.

“The safety standards Sig claims the weapon passed all require a pistol to be dropped on a one-inch thick rubber mat, and land on the same rubber mat after being dropped, a testing criterion which is plainly outdated and absurd given that end users of the weapon do not walk around on rubber mats when carrying the weapon,” the lawsuit says.

Besides expanding allegations against Sig, the amended complaint adds “intentional infliction of emotional distress” in its list of charges, saying: “Had (Sig) acted responsibly and repaired the defect in the commercial version of the P320 before January 2017, Officer Sheperis never would have been shot. The round discharged from his weapon easily could have taken his life. He is lucky to be alive.”

Sheperis filed the $7 million personal injury case last month in a Connecticut federal court. Sig has until later this month to respond to the initial complaint, but that deadline was likely extended when it was amended. The court’s deadline for discovery is in February.