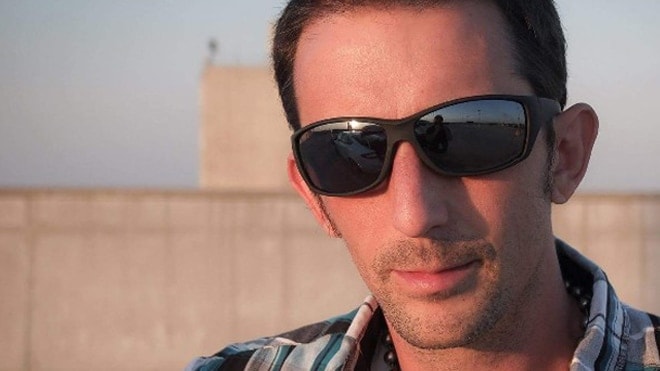 A sheriff’s deputy in Ohio is on administrative leave after he shot a newspaper photographer Monday night, allegedly because he mistook the man’s camera and tripod for a gun.

Photographer Andy Grimm went out to take photos of lightning around 10 p.m. Monday when he came across a traffic stop, according to the New Carlisle News. He was setting up his camera to photograph the stop, and that’s when he was shot in the side.

“I was going out to take pictures and I saw the traffic stop and I thought, ‘hey, cool. I’ll get some pictures here,” Grimm said.

The publisher of the newspaper, who is also Grimm’s father, Dale Grimm, told the Washington Post that Andy had parked under a light “in plain view of the deputy, with a press pass around his neck.”

“I turned around toward the cars and then ‘pop, pop,'” Andy said.

He said Clark County Sheriff’s Deputy Jake Shaw didn’t give any warning before opening fire. “I was just doing my job,” Grimm said.

Andy is expected to recover from his injuries. Dale Grimm said his son called him from the ambulance. He said the Grimms know the deputy who pulled the trigger.

“This is a small town of 5,000 people … We know the deputies. We work with them on a daily basis. We have an excellent relationship with them,” he said.

“I know Jake. I like Jake. I don’t want him to lose his job over this,” Andy said.