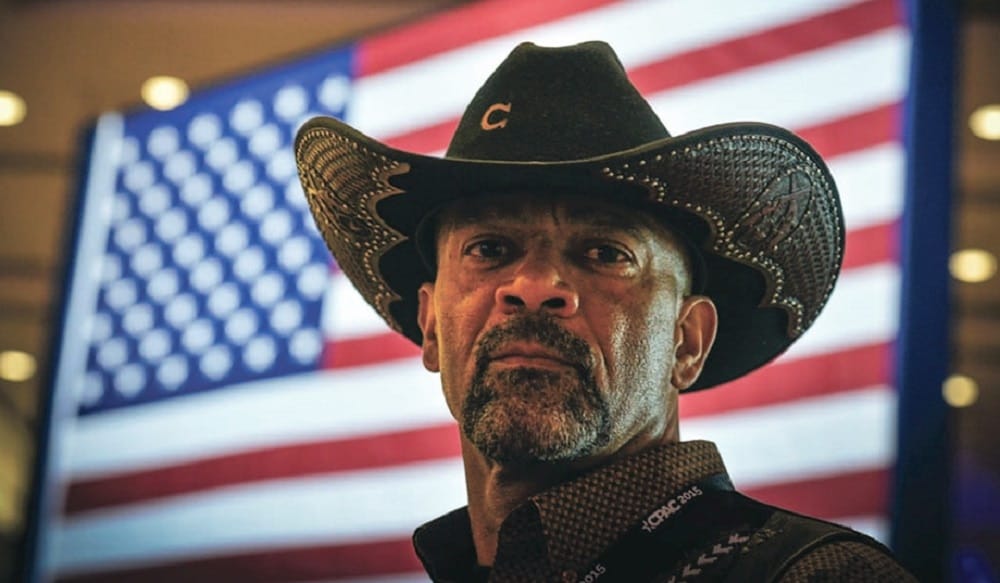 The America First Action super PAC announced the move Tuesday, saying Clarke will be working as a senior advisor and spokesman for the group dedicated to electing federal candidates supportive of Trump’s agenda.

“It’s truly an honor to join the America First Action team, most importantly because we share the same values that most hard-working, law-abiding Americans do,” Clarke said. “It gives me the chance to do what I love most—promote President Trump’s agenda, including his fierce support for the American law enforcement officer, and ensure that the will of the American people who got President Trump elected is not derailed by the left or the self-serving Washington establishment.”

In June, Clarke was passed over for a Trump administration job in the Department of Homeland Security, and the former sheriff also interviewed for other administration jobs in 2016 after voicing his support for Trump throughout the campaign, the Milwaukee Journal Sentinel reported.

Last Thursday, Clarke announced in a one-sentence letter that he was resigning as the sheriff of Milwaukee County, one of the most populous areas in Wisconsin. Though Clarke was re-elected four times as sheriff, his tenure saw more than its fair share of controversy, as he was often criticized over conditions at his jail and poor treatment of inmates. He was also accused of plagiarizing his 2013 master’s thesis and has drawn allegations of abuse of power.

Clarke has long been an advocate for gun rights and has frequently spoken at National Rifle Association meetings and appeared in ads for the organization.

Wisconsin Gov. Scott Walker is currently in the process of choosing Clarke’s successor, while Acting Sheriff Richard Schmidt vowed Tuesday to keep public safety as his number one priority during this transition period.