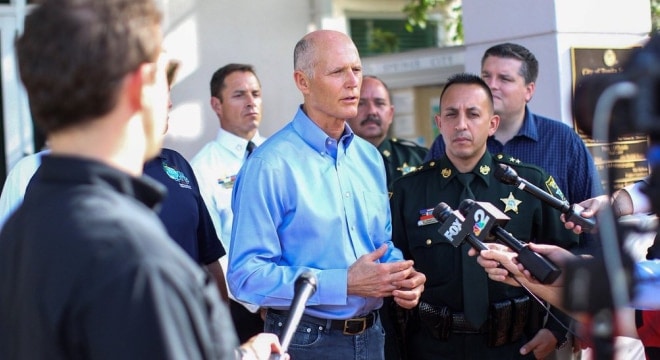 As dangerous Hurricane Irma has all of Florida under alert, some in the state may be able to temporarily carry concealed handguns without a permit under a new law.

The 2015 law creates an exception to Florida’s prohibition against concealed carry of a weapon without a permit by allowing adults not otherwise prohibited from possessing a firearm to temporally do so while evacuating, under certain conditions.

“People who may legally possess a firearm may carry concealed or carry on or about the person while ‘in the act of evacuating’ under a mandatory evacuation order during a declared state of emergency,” Marion Hammer, executive director of the Unified Sportsmen of Florida and a former National Rifle Association, told Guns.com Tuesday. “So far, even though the Governor has declared a state of emergency in all 67 counties, I am unaware of any mandatory evacuation order.”

The law extends to those covered a 48-hour window for unlicensed carry after the evacuation has been ordered. However, the governor can authorize an extension as needed.

“To be clear, if you’re ordered to leave your home and you’re packing up your car with your family, pets and valuables, you can and should bring a firearm,” said Sarasota Herald-Tribune gun writer Lee Williams in his column this week.

Florida is one of just five states that have no provision for open carry and require a permit for concealed carry under most circumstances.

With Irma described by the National Hurricane Center as the strongest Atlantic hurricane on record, with staggering 185 mph winds, Scott requested that President Trump declare an emergency for the state in preparation for landfall which is expected later this week. Scott has also directed all 7,000 Florida National Guard members to report by Friday.

“With Hurricane Irma now a category 5 storm, we must do all we can to prepare our families and communities for any potential impact from this major weather event,” Scott said in a statement. “We do not know the exact path of this storm, but weather can change in an instant and while we hope for the best, we must prepare for the worst.”