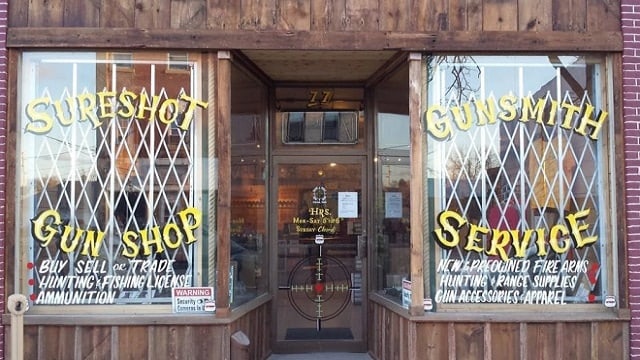 Bradley James Ries, co-founder of the Sureshot Gun Shop in Clinton, was given prison time for transferring a gun to a man without a background check and later trying to cover it up. (Photo: Sureshot via Facebook)

According to a Justice Department news release, 51-year-old Bradley James Ries, the owner of Sure Shot Gun Shop in Clinton, was sentenced Wednesday for transferring a firearm without a National Instant Criminal Background Check and for knowingly making a false statement regarding the required federal records on the transfer. Ries pleaded guilty to the charges in February.

On Dec. 20, 2014, Ries used the NICS system to submit a firearm transfer request but failed to have the purchaser, a known felon, fill out the required Form 4473. The transfer was denied by the authorities, but Ries called the felon and said he could purchase firearms.

On Feb. 4, 2015, an ATF agent contacted Ries and asked him to provide the Form 4473 for the denied transaction. Ries lied and said a gun bluing chemical had been spilled on the paperwork.

The ATF then conducted an inspection of Sure Shot in April 2015 and found several violations at the gun shop. In September 2015, the ATF discussed the violations with Ries at a warning conference in Des Moines.

On Nov. 4, 2015, Ries then sold a Taurus Circuit Judge .45/.410 caliber rifle to a prohibited person. The dealer transferred the firearm without first getting authorization from the NICS and later falsified paperwork and lied to ATF agents about the deal, claiming the transaction involved a Remington 870 20-gauge shotgun. Ries also directed the purchaser to lie to law enforcement about the transaction. After a search warrant was executed at Sure Shot in April 2016, Ries admitted to lying to the federal agents.

As part of his plea agreement, Ries surrendered his Federal Firearm’s License and agreed not to reapply for one. He will also have to serve one year of supervised release after being released from prison.