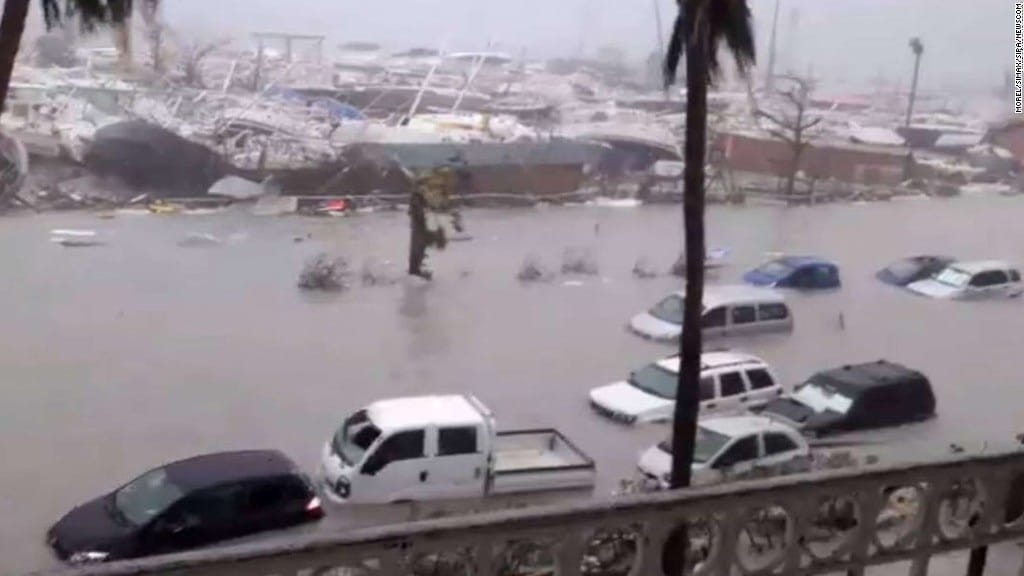 Hurricane Irma, a powerful category five storm with top wind speeds of 185 mph, slammed into parts of the Caribbean Wednesday. This image captures some of the damage sustained on the island of St. Martin. (Photo: Reuters/ RCI Guadeloupe via CNN)

The ATF wants gun dealers and owners alike to safeguard their firearms as the active hurricane season shows no signs of slowing down.

As meteorologists warned Hurricane Irma — a powerful category five storm with top wind speeds of 185 miles per hour — could make landfall in Florida this weekend, the agency released advisories warning dealers to activate their disaster preparedness plans and protect inventory. The agency extended the warning to resident gun owners Wednesday.

“In the storms, we’ll go back to (Hurricane) Harvey, where again, people are taking advantage of the fact that there’s no on in the home,” ATF Special Agent Daryl McCrary told the ABC affiliate in Orlando. “They’re going out, sometimes in the midst of the storm, or very soon after the storm, and they’re looting.”

Hurricane Harvey slammed into the southeastern Texas coast Aug.25, packing winds of 130 miles per hour and dumping more than four feet of rain from Corpus Christi to Houston over five long days. The unprecedented flooding destroyed homes and highways and displaced 30,000 residents. Looters struck retailers across Houston — particularly on the city’s north side and 1960 corridor, according to local media, where the ATF posted additional agents to help protect vulnerable gun dealers. Houston law enforcement have arrested at least 40 people connected to the looting, so far.

Nicole Strong, an ATF spokesperson, told Guns.com Wednesday six federally licensed dealers were burglarized, but only four lost inventory for a total of 109 firearms taken — a success compared to the 1,102 guns stolen from more than 30 dealers in the aftermath of Hurricane Katrina 12 years ago.

The National Hurricane Center upgraded Irma to a category five storm Tuesday, with several models tracking its path across the Sunshine State over the weekend. Florida Gov. Rick Scott declared a state of emergency Tuesday and ordered 7,000 National Guard troops to report to duty by Friday morning. Mandatory evacuations are underway in the Florida Keys and parts of Miami-Dade County.

The storm pummeled the Caribbean Wednesday, with officials in Barbuda reporting 90 percent of the island destroyed. An infant died as its mother escaped a collapsing building, according to CNN. Officials in St. Barts and St. Martin also blamed two fatalities on the storm.

“The entire housing stock was damaged,” said Gaston Browne, Prime Minister of Antigua and Barbuda, in an interview with ABS TV radio in Antigua. “It is just a total devastation. Barbuda is literally a rubble.”

FEMA administrator Brock Long told CNN Florida residents should heed state and federal precautionary measures, including evacuation orders. “No community in America is prepared to be hit by a category 4 or 5 hurricane,” he said.

McCrary said the mass evacuations will leave gun owners’ firearms vulnerable to thieves and suggests residents take pictures of their weapons as proof of ownership before fleeing. “If you have firearms that are not secure in your residence, those firearms are going to be taken, and there’s a high probability those firearms are going to be used in crimes, in violent crimes, and we’re trying to prevent that,” he said.

As the nation’s eyes turn to Irma, meteorologists at the NHC are tracking a two more storms — Hurricanes Jose and Katia — churning in the Atlantic Ocean and Gulf Of Mexico, respectively, with top wind speeds of 75 miles per hour.