Man charged for trafficking guns from Arkansas to Chicago 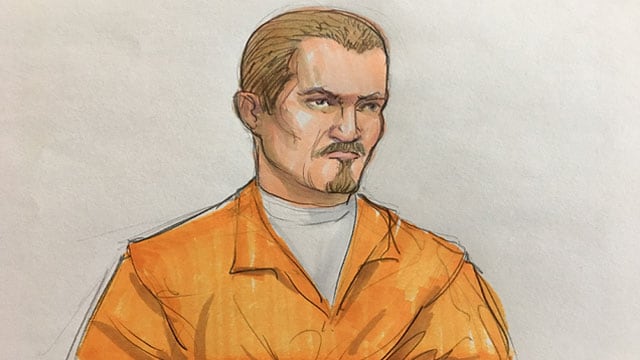 A months-long undercover operation resulted in the arrest Sunday of an Arkansas man who authorities say was “one of the main sources” of illegal guns brought into two high-crime districts of Chicago.

Klint Kelley, 27, of Malvern, Arkansas, is charged with three counts of dealing firearms without a license and across state lines, and one count of selling firearms to a known felon, the Department of Justice announced Tuesday. If convicted, Kelley could face up to 10 years in prison.

Kelley’s arrest came Sunday after he completed a transaction illegally selling eight guns brought from Arkansas to Chicago. Unbeknown to Kelley, the transaction was part of a sting operation.

Riccio said Kelley was “slick” about the purchases he made with the intent to resale, assuring there was not a paper trail leading back to him. He explained Kelley bought guns online through social media and at gun shows. “He knew ultimately these guns would be used for crimes in Chicago,” Riccio said.

According to Riccio, Kelley became the center of an investigation after authorities learned that he was responsible for trafficking hundreds of guns into the city over a five year period.

“Those guns were sold to street gang members on the city’s South side, primarily the 8th and 9th districts,” Riccio said, noting that Kelley previously lived in the Chicago area and made numerous gang contacts before relocating to Arkansas several years ago. 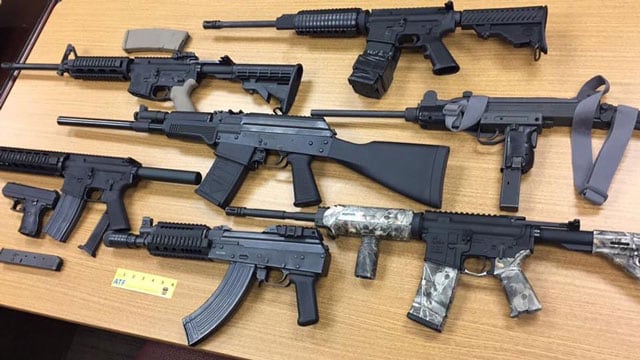 During a four month long investigation, Kelley allegedly sold firearms purchased in Arkansas to a known felon in Chicago on three separate occasions. On April 3, Kelley went to a residence in Frankfurt, where he sold the felon five handguns and three semi-automatic rifles for $4,750. Then, on July 3, Kelley sold the felon four handguns and one semi-automatic rifle for $3,000. The third and final transaction took place at a commercial location Sunday before Kelley’s arrest, with the eight guns sold for $7,000.

The weapons recovered during Sunday’s transaction were among more than 100 confiscated by authorities in Chicago over Labor Day weekend, which was part of an ongoing initiative to reduce the flow of illegal guns into Chicago and decrease violent crime in the city.