Man shot while breaking into home minutes after traffic stop 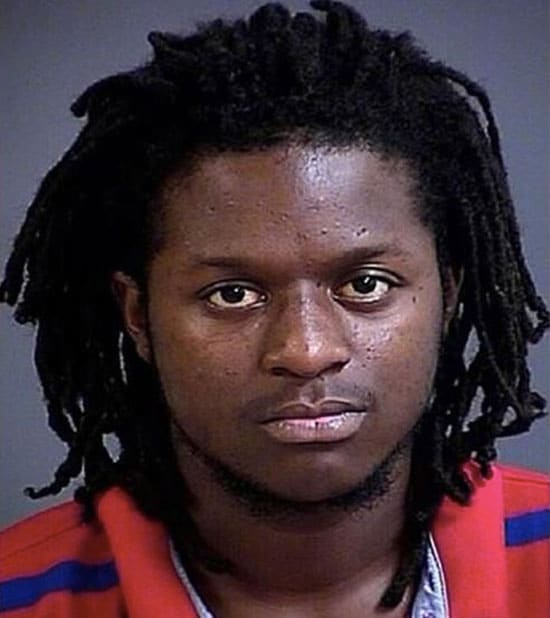 A South Carolina man remains hospitalized after he was shot while trying to break into a woman’s home in Charleston on Sunday night mere minutes after he was issued a traffic citation.

Herbert Palmer Jr., 24, was stopped a little before 9 p.m. after a Charleston County sheriff’s deputy observed him driving at a high rate of speed and nearly hitting another vehicle, The Post and Courier reported.

Authorities say Palmer was uncooperative during the stop. Although he turned over his driver’s license, he refused to show the deputy his registration and proof of insurance. He was described as acting odd and argumentative, prompting the deputy to call for backup.

However, two passengers in the Infiniti SUV driven by Palmer were cooperative with authorities, which only seemed to further infuriate Palmer. At one point, one of the passengers even told the deputy that there was a gun in the car, but it turned out to be a BB gun, and no other weapons were recovered.

Palmer was issued a citation for careless driving, but by that time, Palmer’s mother, who owned the SUV he was driving, showed up at the scene. The mother instructed Palmer to walk home as she took back possession of her vehicle.

A few minutes later, deputies received another call in relation to a shooting several blocks from where the traffic stop with Palmer was made.

Authorities learned that after Palmer walked away, he tried to break into a nearby home by first breaking the glass out of a window, then forcing his way inside. Unbeknown to Palmer, the 68-year-old homeowner was armed with a gun. The homeowner told police she shot Palmer after he walked through her yard, broke the window, and started to climb inside.

Palmer was transported to a local hospital, where he remained as of Tuesday. His current condition is not known. Palmer was shot in the chest and arm, although authorities did not disclose what type of weapon was used.

Records show Palmer has been arrested at least 10 times in the Charleston area. His charges have included drug possession, drug distribution, forgery and illegal betting.

The homeowner who shot Palmer is not facing any charges at this time.