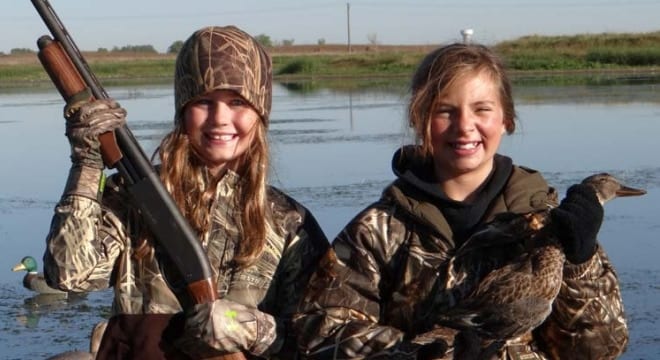 The survey’s preliminary data shows a 10-year decline in the numbers of hunters in the field, a shortfall that Interior Secretary Ryan Zinke would like to help address by increasing youth participation and mentored hunting programs. (Photo: USFWS)

A report compiled twice per decade by the U.S. Fish and Wildlife Service shows increases nationally in wildlife watching and fishing, but declines in the number of hunters.

The preliminary report of the latest National Survey of Fishing, Hunting, and Wildlife-Associated Recreation, compiled every five years since 1955, was released Thursday by the Department of Interior. The data suggest more than 100 million Americans—40 percent of the population over 16 years old– participated in outdoor activities in 2016, pumping $156 billion into the economy in the process.

“This report absolutely underscores the need to increase public access to public lands across the United States,” said U.S. Secretary of the Interior Ryan Zinke in a statement. “Hunting and fishing are a part of the American heritage.”

The survey, the 13th conducted by the USFWS, showed marked increases in the numbers of Americans engaged in observing and photographing wildlife and in fishing when compared to the 2011 data.

When it comes to shooting sports, a new metric for the survey, data estimates there were over 32 million target shooters using firearms in 2015 including 3.8 million youth under age 16.

Sportsmen had deep pockets when it came to outdoor activities. Out of the nearly $7 billion spent on hunting equipment, almost half, $2.9 billion, went to purchase firearms and another $1.4 billion on ammunition. On average, the typical hunter spent $2,237 on their sport in 2016 with the largest portion going to trip-related expenses such as food, lodging, and transport.

In an ominous sign for the future of the sport, though the national population rose in the past decade, the survey found that the numbers of active hunters fell by some 8 percent, from 12.5 million in 2006 to 11.4 in 2016. The biggest declines were in the numbers of small game hunters, falling by nearly a quarter in the 10-year period. Total expenditures by hunters also fell some 29 percent from 2011 to 2016, from $36.3 billion to $25.6 billion.

This led conservation groups to issue a call for action. Noting that the survey found the numbers of fishermen on the rise– possibly buoyed in part by the allowance for excise tax revenues on fishing gear to be spent on programs to recruit new anglers and boaters– hunting advocates want the same concept to be used for Pittman-Robertson funds collected from gun and ammo sales.

“It is time for our community and our decision makers to get serious about R3, or recruitment, retention, and reactivation of hunters, because the implications for conservation are dire if this trend continues,” said Whit Fosburgh, president and CEO of the Theodore Roosevelt Conservation Partnership, in a an email to Guns.com. “We must modernize the Pittman-Robertson Act so we can promote hunting the same way we promote fishing and boating, bring the hunter education and licensing systems into the 21st century, and immediately address serious threats to hunting, like chronic wasting disease in deer.”

Since his Senate confirmation, Zinke has made a number of decisions impacting hunting, including repealing a looming ban on the use of lead ammo on public lands and last month announced a proposal to expand hunting at 10 national wildlife refuges just before designating August as National Shooting Sports Month. The retired Navy SEAL and former Montana lawmaker said engaging youth in hunting and the shooting sports are key.

“Hunters and anglers are the backbone of American conservation, so the more sportsmen and women we have, the better off our wildlife will be,” Zinke said. “Some of our wildlife refuges have great mentored hunting programs. I’d like to see these programs replicated and expanded across the country, and reach into areas where kids don’t traditionally get the opportunity to hunt, fish, and connect with wildlife.”

U.S. Fish and Wildlife Service Principal Deputy Director Greg Sheehan noted in a release from the agency that, “Hunters and anglers form the foundation of wildlife conservation in the United States, consistently generating more funding for habitat and wildlife management than any other source.”