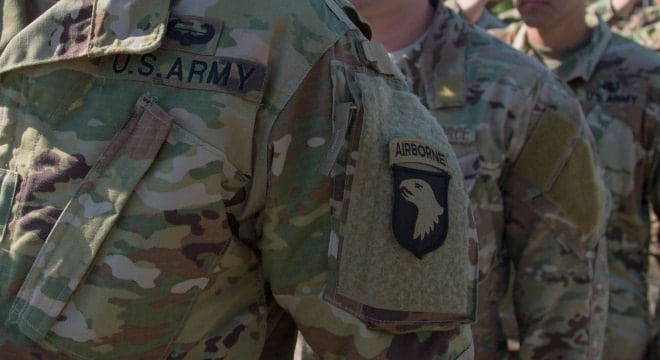 “My only options were to turn the weapon over to the state for destruction, or to transfer the weapon outside the state of Connecticut,” said Starr, who bought the AR-15 prior to the ban and was deployed when it went into effect. (Photo: U.S. Army)

A Soldier serving overseas while his home state updated their regulations on owning certain firearms says he was left inadvertently in violation of the law.

Brandon Starr joined the U.S. Army in 2006, serving in Iraq with the famous “Screaming Eagles” of the 101st Airborne Division. On a trip to his home state of Connecticut in 2010 to visit family on leave, he legally purchased an AR-15 locally and left it at his home of record when he rejoined his unit.

Then came the Sandy Hook school shooting in Newtown in 2012, after which lawmakers in the state moved to implement some of the strongest gun control laws in the country.

Connecticut has had a prohibition very similar to the expired Federal Assault Weapons Ban since 1994. More than 100 new models were added to the ban in April 2013, leading to some 50,000 grandfathered weapons and a similar number of large capacity magazines registered with the state police by the end of that year. The state’s legislative research office previously estimated that as many as a half-million affected firearms were in circulation, pointing to speculation of widespread noncompliance.

However, at the time of the open registration period, Starr was still on active duty and outside the state — this time stationed in South Korea. Since he missed the bus on the registration, his gun, still in Connecticut, was technically illegal under state law.

“I recently returned to Connecticut and contacted the state police because I thought there must be some legal provision that allowed a returning veteran to register their weapon and legally exercise their constitutional right,” Starr told Guns.com. “I found out that there was no such provision.”

While some lawmakers fought to extend the registration period, citing post office snafus and other unforeseen circumstances, state officials remained firm on the limited window to register existing guns and magazines.

“My only options were to turn the weapon over to the state for destruction, or to transfer the weapon outside the state of Connecticut,” Starr said. “Continued ownership within the state seems legally impossible despite the fact that other Connecticut citizens were afforded an opportunity to register their weapons. My service in the Army precluded such an opportunity.”

Now relocating to Washington state, Starr has sent the rifle ahead of him, where it is legal to own. Still, he feels short changed by Connecticut’s law and that he was denied the ability to exercise his Second Amendment rights, noting, “it seems people aren’t really aware of how their rights are being infringed.”

Starr says he hopes his case can help anyone working to correct the weapons ban.

Though gun rights advocates challenged the law and storied AR-15 maker Colt considered leaving the state over the ban, federal courts found the prohibition did not violate the Second Amendment while Colt earlier this year announced an expansion in their Connecticut workforce.