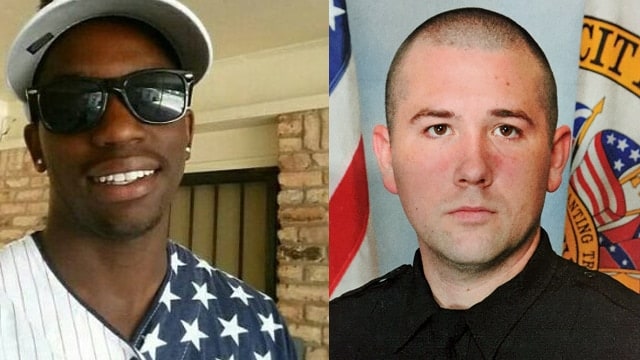 The Justice Department will not pursue federal criminal civil rights charges against an Alabama police officer for the shooting death last summer of an armed teenager during a traffic stop.

In a press release Thursday, the agency announced it’s closing the investigation into the death of 19-year-old Michael Moore on June 13 of last year.

“Officials from the Civil Rights Division, the United States Attorney’s Office for the Southern District of Alabama, and the Federal Bureau of Investigation spoke today with representatives of the Moore family to inform them of this determination,” said the press release.

According to reports, Mobile Police Officer Harold Hurst pulled Moore and two passengers over after he made an erratic turn last June. Moore didn’t have a driver’s license on him, but provided Hurst with a license number. When Hurst ran that number through his system, he found that Moore had provided a fake driver’s license number. He also discovered that Moore was driving a stolen car.

Hurst asked Moore to step out of the vehicle, and Moore complied. There are several conflicting eyewitness accounts about what happened next, but many of the witnesses contend they saw Moore with a gun prior to the shooting. According to Hurst, Moore had a cell phone in his hand when he got out of the car. Hurst told him to put the phone down, and he did. That’s when Hurst saw the gun in Moore’s waistband.

Moore was taken to the hospital, where he was pronounced dead. Hospital personnel recovered a firearm in Moore’s waistband. The serial number on the firearm matched the serial number of a gun that’d been reported stolen earlier in the day.

The FBI and state investigators engaged in a “lengthy analysis” of police reports, law enforcement accounts, witness statements, dispatch logs, reports, photographs, and other materials before deciding to close the case.

“Given the totality of the circumstances, and conflicting eye-witness testimony, the government cannot disprove the Officer’s claim that he believed that Moore was reaching for a firearm, that he feared for his life, and that he made the split-second decision to defend it,” says the Department of Justice news release. “Therefore, after a careful and thorough review, a team of experienced career federal prosecutors determined that insufficient evidence exists to prove the Officer willfully violated any federal criminal civil rights statutes.”

There was no video recording of the police involved shooting. A series of rallies were held in the wake of Moore’s death. A grand jury in Mobile County already declined to charge Hurst, who recently resigned from the police department after more than a year on administrative leave.

“Since the shooting of Michael Moore, the City of Mobile has taken unprecedented steps to ensure transparency, incorporating lessons learned from other communities that have experienced similar tragedies,” said Mobile Mayor Sandy Stimpson following the Justice Department’s announcement. “Our prayers remain with all of the families affected by this incident.”