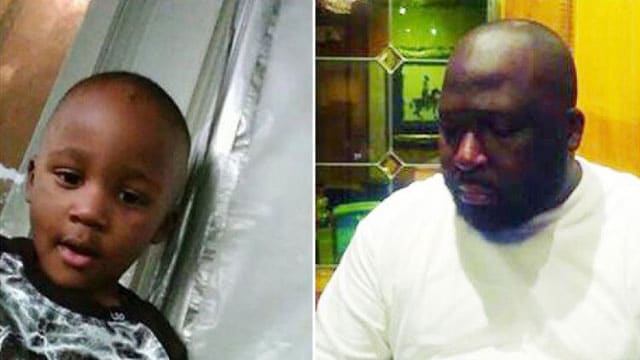 After 2-year-old Kyree Myers (left) mortally wounded himself with a gun he found inside his home, his father, Keon Myers (right), took his own life. (Photo: Facebook)

A South Carolina father took his own life after discovering that his 2-year-old son found a gun and accidentally shot himself inside the family’s Columbia home Wednesday morning.

The Columbia Police Department identified the deceased father as 38-year-old Keon Myers and the child as Kyree Myers. Autopsies confirmed that each died from a single gunshot wound to the head.

Just after 11 a.m., authorities received a 911 call from the child’s mother, who said Kyree got a hold of a handgun and accidentally shot himself. When police arrived on the scene, they found the child, as well as an emotionally distraught Keon Myers holding a handgun and threatening to harm himself.

Despite authorities repeatedly urging Myers to put down the weapon, he instead chose to take his own life. Myers and the child were rushed to the hospital, but both succumbed to their injuries, according to a press release from the police department.

The police department confirmed the child’s mother was home at the time of the shooting, but did not say if Myers was also home or if he showed up after the child accidentally shot himself.

Authorities did not say who owned the gun or where in the home the child found it. According to the Law Center to Prevent Gun Violence, “South Carolina has no law requiring firearm owners to prevent children from gaining access to firearms.” The Bureau of Alcohol, Tobacco, Firearms and Explosives are working alongside the Columbia Police Department to determine the gun’s origin and ownership information.

Columbia Police Chief Skip Holbrook called the double shooting a “tremendous loss of life” and said their hearts are heavy. Holbrook confirmed victim advocates are working with the family, but also noted the incident was “emotionally trying for responding officers.”