The firearms giant Smith & Wesson quietly released information on its new compact polymer pistol, which compares well to the Glock 19 and the CZ P10C.

The gun maker subtly teased Sunday on social media that the new M&P 2.0 Compact, a 15-round capacity G19-sized entry to the line, was a direct contender to the well-liked Glock.

“We understand the attraction to the 19s,” said a comment on the company’s Twitter feed, along with a photo of a classic S&W Model 19 .357 revolver. “We love them too! We also make the best compact polymer pistol in the world, the M&P M2.0 Compact.”

Brownells Product Manager Paul Levy helmed an 11-minute Facebook Live unveiling of the Compact on Friday, detailing four different models in 9mm and .40S&W either with or without manual thumb safeties.

“It fits between the standard M&P full-sized pistols and the previous sub-compact models, so a really nice-sized compact pistol,” said Levy, noting that Apex trigger enhancement kits are compatible.

Going through the specs, the Compact uses a 4-inch barrel and has a 15+1 round capacity in 9mm and 13+1 in the .40 variant with an unloaded weight of just under 24-ounces. This is a dead ringer in comparison to the Glock 19 and 23 and a hair lighter than the 26-ounce P-10 C series from Czech gun maker CZ.

Levy even compares the G19 and Compact side-by-side in the Brownells video.

Other features on the Compact include an accessory rail, four interchangeable palm swell grips, stainless slide with an Armornite coating, and an 18-degree grip angle. The gun ships with two magazines.

Smith has not released MSRP data on the new model, but we found them on pre-order with prices starting at $499, again, close to Glock’s neighborhood.  Levy noted the guns are shipping to dealers now. 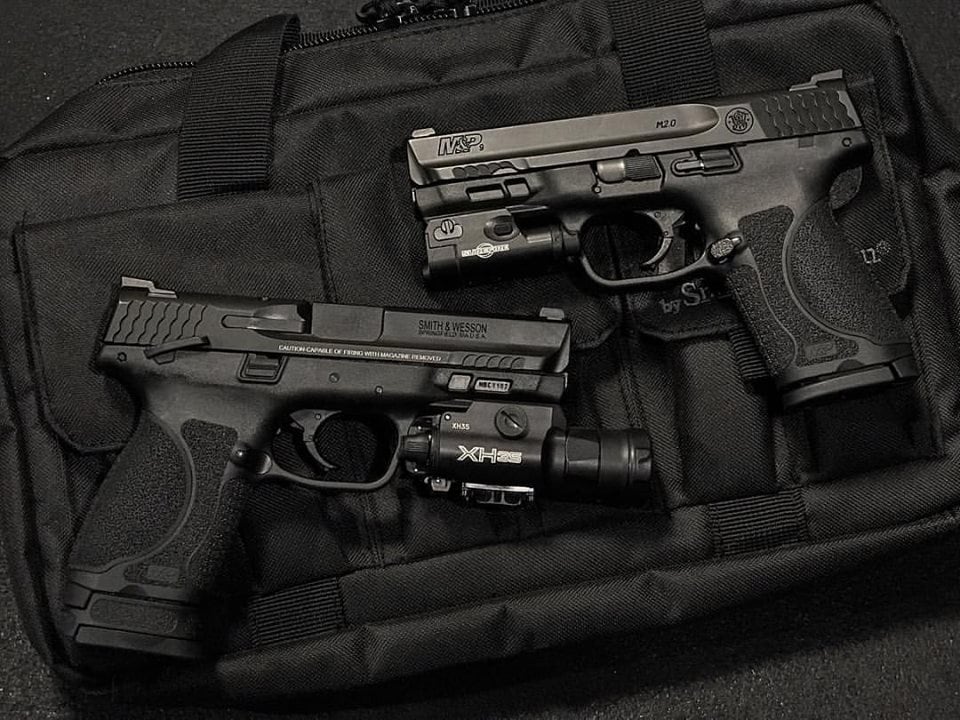