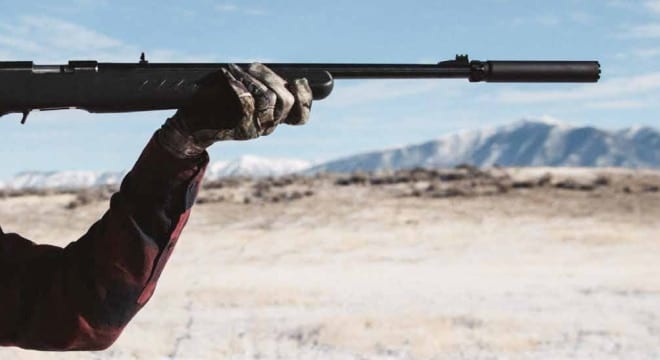 Legislation to remove suppressors from NFA regulation has been folded into a traditionally popular conservation package. (Photo: SilencerCo)

Battle lines are being drawn early in a sweeping new sportsmen’s’ package introduced in the House earlier this month that includes language from the Hearing Protection Act.

The bipartisan measure, the Sportsmen Heritage and Recreational Enhancement or SHARE Act, blends popular initiatives to safeguard and expand hunting and fishing rights and practices across public land with one to drop suppressors from National Firearms Act regulation. South Carolina Republican U.S. Rep. Jeff Duncan, the sponsor of the bill, has been working with Democrats within the Congressional Sportsmen’s Caucus to try and garner support from across the aisle.

“It concerns me enough that we’ve talked to them about it,” Duncan said. “At the end of the day, I hope they will embrace it.”

Going beyond the Hearing Protection Act, which would remove silencers and suppressors from NFA requirements that include a $200 tax stamp, the SHARE Act would mandate the more than 1.3 million already registered be deleted from the Bureau of Alcohol, Tobacco, Firearms and Explosives’ records within 365 days of the bill becoming law. Further, while states would not be required to allow their sale or possession, they would be barred from establishing their own potentially prohibitive taxes or registration requirements on legal devices.

The proposal includes a provision to refund the $200 transfer tax to applicants who purchased a suppressor after Oct. 22, 2015, though makers of the devices would be liable for a 10 percent Pittman-Robertson excise tax, as they are currently on all modern firearms.

In addition to the suppressor language, the bill would open the 11.7 million acres of land controlled by the U.S. Army Corps of Engineers to concealed carry and protect travelers crossing state lines with firearms. Other facets would cut the ATF’s authority to reclassify popular rifle ammunition as “armor piercing” and how regulators classify some shotguns, shells and rifles as “destructive devices” under the NFA.

While the National Rifle Association embraced the measure, gun control groups quickly blasted the proposal, citing opposition to the suppressor language as their reasons, directing like-minded individuals to an online petition to carve out the provision from the SHARE Act.

“Under the guise of hearing protection, the NRA is trying to gut gun silencer safety laws,” said Moms Demand Action. “The goal: to sell more gun silencers to more people, even criminals, and domestic abusers, without so much as a background check.”

The bill has been referred to the House Subcommittee on Water, Power and Oceans which is chaired by Colorado Republican Doug Lamborn, an initial co-sponsor of the Hearing Protection Act in January.