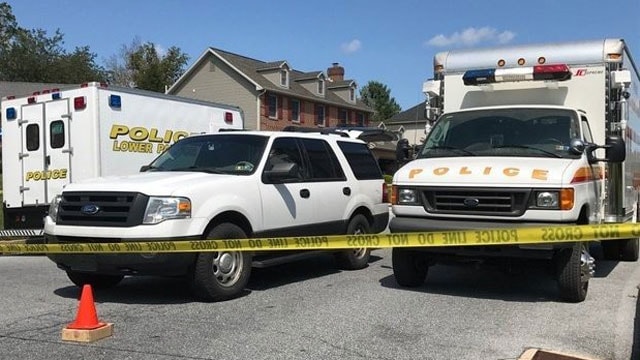 An elderly woman remains in critical condition after she was beaten with a baseball bat outside of her home in Lower Paxton Township, Pennsylvania, Sunday morning before her attacker was fatally shot by an armed neighbor.

According to a press release from the Lower Paxton Township Police Department, beginning around 6 a.m., they received numerous calls about a disturbance.

The first call was a 911 hang up, but before the call was disconnected, the caller told the dispatcher that someone was trying to kill him. A short time later, while officers were en route to the scene, a second 911 call came in, with the caller this time saying someone was being beaten with a baseball bat in the driveway. The third and final call came in before officers arrived on the scene. The caller told the dispatcher that he shot a man who broke into his home, a few houses down from where the first call originated.

When officers arrived on the scene, they found the suspect, who was later identified as Servando Santos, 23, lying in the third caller’s home, suffering from a single gunshot wound to the abdomen. As Santos struggled with authorities, first responders rendered medical aid on the scene before rushing him to a local hospital where he died a short time later.

First responders also found an elderly female lying in the driveway of a nearby home. She had been badly beaten and was rushed to the hospital, where she remains in critical condition. Her identity will not be released.

The initial investigation indicates that Santos went to the elderly woman’s home and a violent domestic disturbance occurred. Witnesses say after Santos beat the woman with a baseball bat, he then went to another home and forced his way inside.

According to the homeowner, he warned Santos that he was armed, but Santos did not heed the warning. In fact, Santos, who was still carrying the baseball bat, continued to advance toward the homeowner, prompting the homeowner to open fire.

Despite being shot in the stomach, Santos continued to struggle with the homeowner. With the help of other family members, Santos was eventually subdued and held until police arrived.

However, when officers got to the home, Santos again became violent and a physical struggle ensued between Santos and the responding officers, who were trying to render medical aid.

Police say this was an isolated incident and there is no further threat to the community. Authorities did not indicate if there was a relationship between Santos and the elderly woman or if the attack was random.