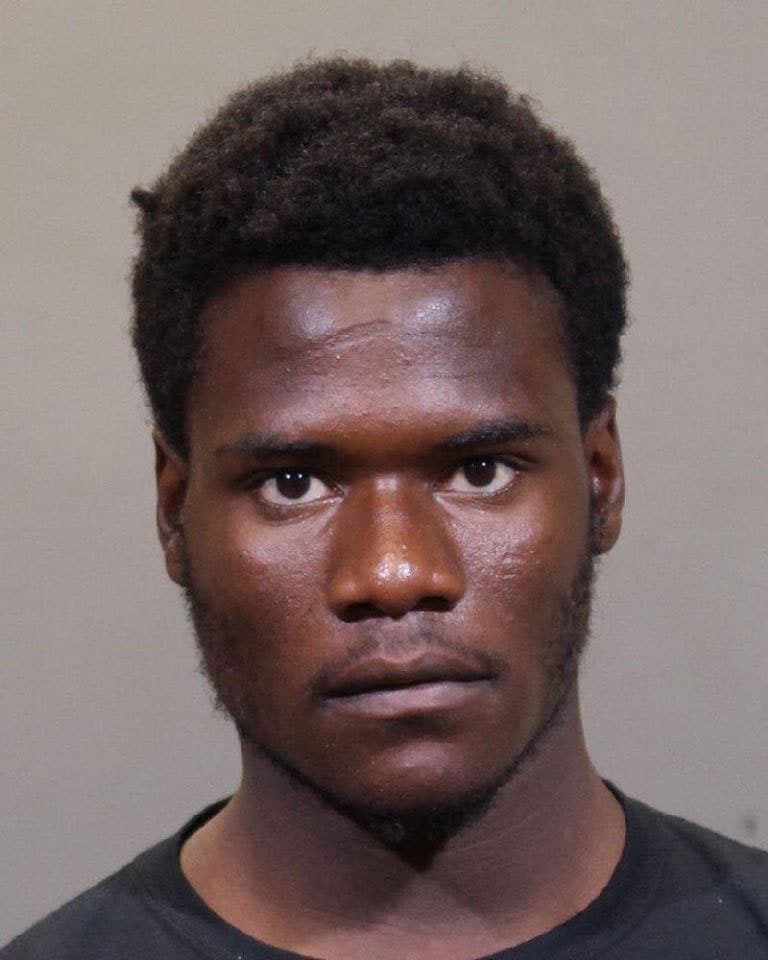 Adan Abdullahi, 18, is being held on a $950,000 bond after he opened fire in a school. (Photo: Columbus Police Department)

Columbus authorities are thanking a courageous educator for talking down a student who entered a school and opened fire Friday.

The Columbus Police Department confirmed in a press release that the incident unfolded at Columbus Scioto 6-12 school around 8:33 a.m., but the suspect, 18-year-old Adan Abdullahi, was in police custody less than 30 minutes later.

Authorities say Abdullahi entered the school and fired several rounds from a .38-caliber revolver as he walked down the hallway talking to himself. Without elaborating, police indicated the shooting was gang-related and that Abdullahi, who is a student at the school, was looking for a specific person when he arrived.

The gunfire prompted multiple staff members to call 911 as the school went on lockdown. However, one staff member approached Abdullahi and was successfully able to calm him down before responding officers arrived on the scene, according to Columbus Police Chief Kimberley Jacobs.

Abdullahi was arrested without incident and charged with improperly discharging a firearm at the school, a second-degree felony. Other charges may be forthcoming. Abdullahi is being held on a $950,000 bond and, if posted, a condition of his release is to stay away from the school.

According to The Columbus Dispatch, the school, which has about 200 students, is for emotionally disturbed youth, and law enforcement have been called to the school nearly 300 times in the past three years, mostly for fights, assaults, and other disturbances. The school does not have a resource officer, nor do they have metal detectors, although pat downs are a frequent occurrence at the school.

“Parents need to be aware of what their kids are taking to school,” Jacobs noted. “Guns are always going to be dangerous in the hands of people that don’t really think always about the consequences. It’s really important that we know what our kids are doing and keep guns out of their hands.”

It’s unclear where Abdullah got the gun he brought to the school.