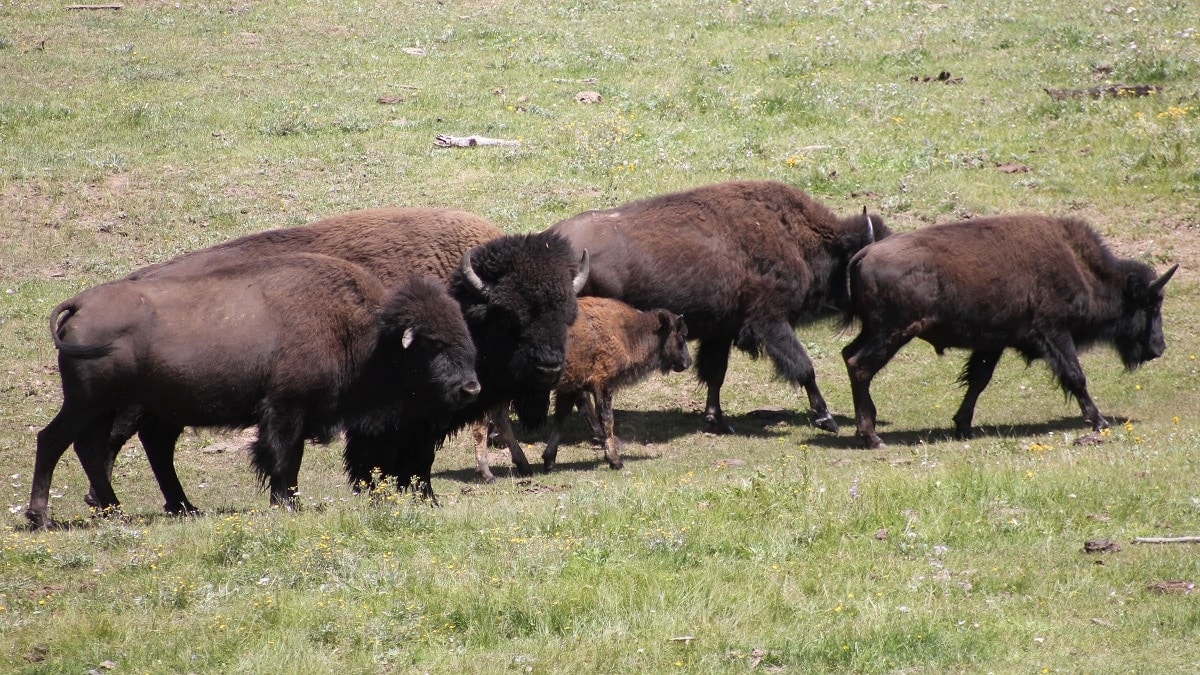 Bison grazing in a meadow on the north rim of the Grand Canyon. (Photo: NPS)

The National Park Service is looking for volunteer hunters to help thin a bison herd that is disrupting park operations and resources in the Grand Canyon.

Some of the bison would be moved from the park and others would be hunted in a nearby forest, the Associated Press reported. Shooters would be selected in a lottery to help reduce the bison numbers to around 200 in the northern borders of the park.

Currently, there are 600 bison in the area, and that number could spike to 1,500 within 10 years if no action is taken.

The Grand Canyon is still finalizing the details regarding volunteer hunters, though the Park Service has already approved the reduction plan, modeled after similar programs implemented in Colorado, Wyoming, and the Dakotas aimed to reduce elk herd numbers.

The bison, owned by the state of Arizona, were originally introduced to the area in the early 1900s as part of a ranching plan to crossbreed them with cattle. Now the animals have crossed into the Grand Canyon, where hunting is prohibited and are ruining vegetation and water resources, park officials said.

As part of the reduction plan, volunteer hunters could shoot bison using non-lead ammunition in order to protect California condors that roam the region. Currently, hunters are only allowed to kill one bison in a lifetime through the state hunt, so some find the effort more than a little enticing.

That said, officials warn the hunt would be strenuous. Volunteers would have to be capable of hitting targets up to 20o yards away and would be asked to hike around 8 miles a day at 8,000 feet or higher between October and May when the north rim road of the park is closed.

While the details are still being worked out, some plans have called for the bison meat to be split up between volunteers, allotting a full bison’s worth of meat to each and giving the rest to native tribes and charities. Snowmobiles and even helicopters could be used to transport the bison meat from the park.