Suppressors at the center of House SHARE Act hearings 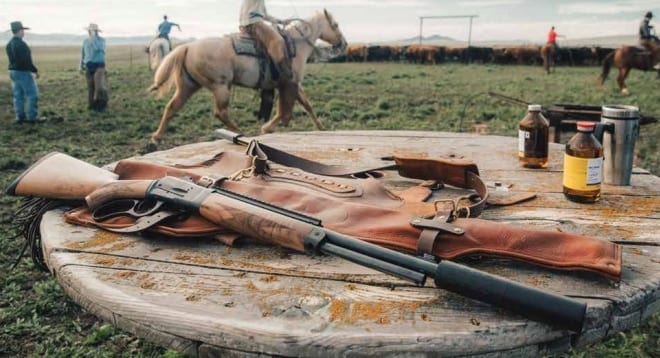 While the Sportsmen Heritage and Recreational Enhancement has 16 titled sections, it was the Hearing Protection Act that drew the most fire in hearings this week. (Photo: SilencerCo)

Nearly two hours of testimony Tuesday on an omnibus new sportsmen’s package were dominated by the topic of removing suppressors from National Firearms Act regulations.

The Sportsmen Heritage and Recreational Enhancement or SHARE Act, was the subject of hearings this week in the House Subcommittee on Federal Lands. While the measure covers a sweeping list of subjects ranging from good samaritan search and rescue and polar bear conservation, its section on the Hearing Protection Act drew most of the commentary.

“Suppressors are important devices to reduce hearing damage for shooters – my father suffered from it — as well as to reduce noise at shooting ranges located near residential areas,” said subcommittee chair, Rep. Tom McClintock, R-Calf, in his opening statement. “In my district, this has been a major complaint of residents near a recently-opened outdoor shooting range in Shingle Springs.”

The measure aims to eliminate NFA requirements for silencers and other sound moderators, scrubbing the information on more 1.3 million suppressors currently registered from the books and refunding any $200 transfer tax paid for them since Oct. 22, 2015. In the end, suppressors would be treated as Title I rather than Title II firearms – which would allow them to be transferred through any regular federal firearms license holder to anyone not prohibited from possessing them after the buyer passes an FBI instant background check.

Invited to address the lawmakers by the minority Democrats on the subcommittee, David Chipman, a former agent for the Bureau of Alcohol, Tobacco, Firearms and Explosives now working for Gabby Giffords’ Americans for Responsible Solutions group, argued the move to cut regulations on the devices would translate to an increased threat to public safety.

“Silencers mask the sound of a gun, changing the sound into one not easily recognized as gunfire. As a result, ambush-style murders become easier, and bystanders may not know to alert first responders,” said Chipman.  “Congress must do more to make our communities safer, not put silencers in the hands of criminals, making it harder for people, including law enforcement, to identify the sound of gunfire, locate active shooters, and keep our communities safe.”

Rep. Steve Pearce, a New Mexico Republican who was in the batting cage when a gunman opened fire at a Congressional baseball practice earlier this year, later contradicted Chipman’s assertions, citing it was the return fire from Capitol Police, not the initial unsuppressed rifle fire from the shooter, that alerted those at the scene to an active shooter.

“The idea of maybe using that to not have silencers is something I question in your testimony,” said Pearce.

Attorney Stephen Halbrook, whose appearance before the panel was condemned by the Anti-Defamation League over his past parallels between gun laws in Nazi Germany and gun control efforts in the U.S., spoke to the need to trim regulations on access to suppressors.

“This is a reform that needs to be made,” said Halbrook, going on to point out the devices are often sold over the counter without regulation in many Western countries. “This bill would simply make it easier for law-abiding people to protect their hearing.”

Noting that little testimony was given in 1934 before Congress citing a need to place heavy restrictions on the devices, Halbrook argued that if OSHA had been around at the time, the regulations would have never passed.

“We have mufflers on every kind of equipment– automobiles, heavy machinery– that can injure hearing and yet for firearms, we have this antiquated law that was never based on any use of firearms in the commission of crime,” Halbrook said.

Other witnesses called by Republicans included Anna Seidman with Safari Club International who among other facets argued the bill’s changes to the Pittman-Robertson Act to expand the allocation of already authorized funds for use in public shooting ranges are needed and Christopher Sharon of the nonprofit veterans group Hope for the Warriors, who was in favor of increasing access to public lands, another tenet of the SHARE Act.

The bill currently has four co-sponsors including one Democrat and has been referred to five committees in addition to Federal Lands.